As a doctor, I believe it is the duty of all physicians to stand up to the health challenges of our day.

The opening line of the Hippocratic Oath, to which we are all sworn as medical students, is “Primum non nocere,” which means “First do not harm.” This ancient saying implies before beginning to treat patients, care must first be taken to assess the situation, understand what is happening and not to make suffering worse as we begin the treatment. As the specter of climate change threatens great harm, nothing is more immediate to our combined human well-being than mounting a cogent response to the problem of a warming planet. In the same way we would press forward in developing vaccines to prevent disease and finding cures for the sick, we must both mitigate the effects of climate change and find ways to adapt to its threats.

The public health threats emanating from climate change are numerous. Warmer air and water increase the devastating power of hurricanes, promote droughts and increase the risk of flash floods from sudden severe storms. Warmer summers will increase the rates of heatstroke and dehydration. Warmer winters will kill fewer ticks and insects, increasing the rates of infectious disease, potentially even Yellow Fever, which has not been seen in the U.S. for 100 years. Furthermore, the burning of climate-warming fossil fuels produces pollution that exacerbates asthma, respiratory disease and heart conditions.

Currently, our elected officials in Richmond are debating what action the commonwealth should take with regard to combating climate change. Among numerous measures being considered is the Virginia Clean Economy Act (VCEA), which is perhaps one of the farthest thinking of any climate related bill to be considered this legislative session.

The VCEA would put the state’s utilities on a path to 100 percent carbon-free energy by 2050, defining specific targets along the way. Furthermore, it would commit us to joining the Regional Greenhouse Gas Initiative (RGGI), a cap and trade program used by states from Maryland to New England. RGGI has already demonstrated several billions in savings and resulted in up to 800 lives saved in the past decade from reducing the reliance on fossil fuel generated power.

As a physician, I am existentially concerned with the future of the planet’s health because planetary health translates into public health. As a physician, I feel the VCEA represents a scientifically and morally bold step forward. As a physician, I support the VCEA. We have seen over and over again from national and international models, that reducing our fossil fuel usage not only saves lives, but saves money. It is our moral duty and our economic opportunity to pursue a cleaner future, one that is based on renewable, clean power.

The VCEA would establish Virginia as a leader in combating climate change and a leader in promoting the health of Virginians, Americans, and people across the world. The time is past due for bold action in this area. I would deeply and humbly encourage all Virginians who are concerned with their future and that of their children to stand up and let your voice be heard. Contact your lawmakers and tell them to take up the banner of climate and health, and likewise thank legislators already spearheading this effort. It is good for the planet, it is good for patients. And we are all, at one time or another, patients. 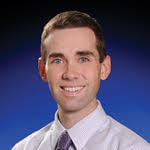 Matthew Burke is a family physician in Northern Virginia, Sierra Club member and chair of the climate and environmental health interest group for the American Academy of Family Physicians

Views of guest columnists are their own. To submit an op-ed for consideration, contact Commentary Editor Samantha Willis at [email protected]