She had already lost two babies — a son and a daughter — and had experienced complications during her most recent pregnancy.

“And then I almost lost my life giving birth to my son,” she told the Mercury in a recent interview. “I had a full placental abruption where my placenta completely detached from my uterus. My family was called in because I had lost so much blood.”

Her son, now 5, was born with cerebral palsy as a result of losing oxygen during the delivery. McAfee was given a partial hysterectomy in order to save her life. She calls her son her “miracle baby.”

McAfee survived, but many other black women in Virginia are dying due to pregnancy complications at a rate that’s more than twice as high as white women, according to data from the Virginia Department of Health.

The stark disparity is a problem throughout the country, and one that has vexed physicians, advocates and politicians hoping to stem the alarming rates of black maternal deaths.

The national statistics are dire: black women are three to four times more likely to die from pregnancy-related issues than white women, according to the Centers for Disease Control and Prevention.

Overall, American women are more likely to die from causes related to childbirth or pregnancy than in any other developed nation, according to the CDC. Research has suggested that about half of those deaths are preventable.

And the problem has gotten worse. Nationwide, maternal mortality rates more than doubled in the United States between 1990 and 2013, according to the World Health Organization.

The racial disparity in maternal deaths is getting renewed attention on Capitol Hill, where lawmakers have held hearings, introduced legislation and formed a black maternal health caucus in an attempt to raise awareness of the issue.

Many advocates of improving black maternal health point to racism in the U.S. health care system as the root cause of the problems. They warn that a reluctance to identify and address racism will hinder efforts to combat the disparities.

“Underlying it all is systemic racism, the way our country and our health care system was built,” said McAfee. “We don’t like to call it out, but that’s really what it is.”

McAfee, who lives in Suffolk, launched a podcast called Sisters in Loss to encourage black women to discuss issues like miscarriage and infertility.

She wants to see more implicit bias training among those who work in health care facilities — including everyone from ultrasound technicians to janitors — to ensure that people receive the same treatment across the board, regardless of their socioeconomic status, race or ethnicity.

At a congressional hearing last month, Joia Crear-Perry, an obstetrician and the founder of the National Birth Equity Collaborative, pointed to a range of factors that contribute to maternal health disparities.

Last year, lawmakers launched a black maternal health caucus in the U.S. House to draw attention to the issue. Members of Congress have also pushed for legislation to investigate the causes of maternal health disparities and to promote diversity in health care fields.

Legislation has been introduced in the U.S. House and Senate that would increase training to fight racial bias in maternal health care, identify high-risk pregnancies and provide mothers with culturally competent care. No congressional Republicans have signed on as co-sponsors.

McEachin hosted McAfee as his guest for President Donald Trump’s annual State of the Union Address in January in an effort to draw further attention to the issue. 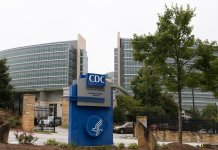 ‘We can’t change what we never chose:’ A second state board...