State lawmakers have the opportunity in the next few weeks to approve a plan that could improve the lives of tens of thousands of our fellow Virginians.

When he laid out his agenda for the 2020 General Assembly, Gov. Ralph Northam offered a proposal he calls G3, “Get a Skill, Get a Job, Give Back.”

The G3 is beneficial to multiple constituencies. G3 promotes the cause of equity in our society by concretely helping more disadvantaged Virginians reach the middle class. It also would benefit Virginia employers who struggle to find skilled workers and it would strengthen Virginia’s tax base.

As submitted in the governor’s budget, G3 would boost funding to Virginia’s Community Colleges by $145 million over the next two budget years, and enable an estimated 39,000 low- and moderate-income Virginians to enroll without cost in carefully targeted community college programs.

Financial aid professionals call G3 a “last dollar” plan. To qualify, students enrolling in a specified certificate or degree program must first complete the Free Application for Federal Student Aid (FAFSA). G3 funds would make up the difference between what financial aid pays for and the cost of tuition, fees, and books for the program.

For some students — those who receive the maximum Pell award and who enroll full-time — G3 also would provide a student incentive grant of $1,000 per semester to help pay for college costs beyond tuition, fees and books, such as transportation and food and housing.

We’ve come to understand that these out-of-pocket expenses often represent a significant barrier for students with limited means.

G3 participants must be eligible for Virginia in-state tuition and have a total household income of no more than $100,000 for a family of four.

There are no age limits on participation in G3, and people who already have bachelor’s degrees can apply, as long as they meet other G3 eligibility requirements.

G3 would be a game changer for many citizens of the commonwealth, including many African American students who attend community colleges.

Many people will benefit if G3 is enacted. The governor’s office indicates people who complete these programs typically realize a 60 percent gain in wages.

And because G3 program graduates would earn more, they’d pay higher taxes, twice as much as people who did not attend college after high school. So, the state would see a significant return on its investment, too.

Virginia business also wins big with G3: talent development is the top item in the Virginia Chamber of Commerce’s Blueprint Virginia 2025 report. The Virginia Employment Commission estimates employers here will need to fill 2.6 million jobs by 2026 that require more than a high school diploma, but less than a bachelor’s degree. By training more people for these commonly-called “middle skills” jobs, G3 is a powerful tool to address Virginia’s skills gap.

And, the bureau reports that income gaps have grown most in nine states, including Virginia.

The middle class has been called the “heartbeat of the economy” and is vitally important to national, social, and market stability.

More Virginians deserve a real chance at a better life that comes from a better job. G3 could help, and it deserves our support. The great news is that whether you’re concerned about equity, employers or the economy, G3 is an impressive game-changer on all fronts. 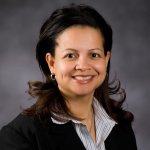 Another type of front-line: There’s an urgent need for funding for children’s mental health

Why aren’t high-level nurses in every school now?