As the summer of 2019 gave way to autumn, a health crisis that had festered for years became frightful front-page news: children were falling gravely ill and even dying as a result of vaping, a smoke-free option once marketed as a lifesaving choice for smokers.

But it quickly became the rage among teens, practiced by one high schooler in four. It seemed harmless enough – water vapor without the tar and known carcinogens yielded by incinerating tobacco. And the industry embraced its youthful users, enticing them with such yummy flavorings as butterscotch, mango and cinnamon roll to deliver sometimes massive jolts of highly addictive nicotine.

And why not? The federal government’s drug watchdog, the Food and Drug Administration, had languished for years without devising timely and clear rules for the industry. Unlike Europe, where the European Union acted quickly to limit nicotine yields and sizes of vapor pods, the United States became the Wild West of vaping.

In August, the dam broke. Newscasts led with breathless accounts of young people, many in their teens, being hospitalized with deadly and mysterious lung ailments believed to result from vaping. Predictably, the body politic warmed to the cause, promising swift action. President Donald Trump in early September voiced alarm and spoke of potentially banning vaping, a stance he’s since moderated. Shortly after the president spoke, Health and Human Services Secretary Alex Azar pledged to “clear the market of flavored e-cigarettes.” Yet 2019 ended without FDA action.

By the time the agency announced on Jan. 2 that it will ban flavorings other than tobacco and menthol, states were already acting with governors announcing restrictions and bills being filed in state legislatures nationwide to write vaping limitations into law.

At least a half-dozen bills in Virginia deal with the access to, sale and taxation of vaping devices. A bill by Sen. David Marsden, D-Fairfax, would ban the sale of high-nicotine vaping products except by professionals at certain federally licensed specialty shops, an effort to make them less ubiquitous.

Had federal regulators under Democratic and Republican presidents done their jobs as vaping took hold, Marsden said, states wouldn’t have to.

“Vaping came in as a solution for smokers to get off of cigarettes and it turned into this mess,” he said.

Legislation to curb vaping has bipartisan backing in statehouses across the country, said Laura Weber, who covers the issue for Kaiser Health News, part of the respected nonprofit and nonpartisan Kaiser Family Foundation.

“It’s quite popular to introduce these anti-vaping bills. You’re seeing it everywhere,” she said. “The states stepped in when they saw that the feds had failed to.”

A developing multi-state crazy quilt of mismatched and possibly conflicting state laws foreshadows a compliance and enforcement nightmare for those in the industry who play by the rules.

For instance, what — if any — limits will there be on nicotine concentrations? Will they vary by state? Weber said she has seen little legislation on that point. The European Union years ago limited nicotine content to 2 percent, while in the United States, nicotine levels more than double that were widely available in vape shops. Europe avoided the vaping-related health issues that the United States experienced late last summer.

Another question is whether vaping will become a delivery device for other drugs. For instance, will states like California and Colorado where recreational marijuana is legal, allow THC, the drug in marijuana that gives users a high, in vapor pods?

According to the New England Journal of Medicine, 57 deaths occurred during the last five months of 2019 and the first week of January as a result of 2,602 confirmed cases of an ailment the Centers for Disease Control named EVALI (e-cigarette, or vaping, product use–associated lung injury).

Medical research into EVALI discovered that the worst lung damage appeared to come not from unadulterated vaping products sold over-the-counter by reputable companies but, rather, from after-market tampering that infused bootleg pods with THC and vitamin E acetate, a thickening agent found in vaping products that contain THC.

While the number of EVALI-related illnesses has tapered off since peaking in late August and September, the CDC warns that youth vaping remains at epidemic levels.

Amid a national PR nightmare and state governments racing to restrict vaping, Juul and other leading national manufacturers and sellers of vaping supplies pulled flavored pods off the market ahead of the FDA’s decree.

Slowly, political sentiment against the vaping industry appears to be easing slightly since the industry has dialed back its naked appeal to children with candy-flavored concoctions and research showing that illicit black-market alterations are to blame for EVALI.

Calls for outright bans have subsided. The CDC and health experts advocate keeping products containing nicotine away from kids. For smokers trying to kick the habit, however, they recommend vaping. And for adults who have never smoked, they advise, it’s a habit they can live without.

The Colonial Pipeline cyber attack and the SolarWinds hack were all but inevitable. Why national cyber defense is a ‘wicked’ problem 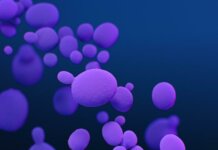 What does gerrymandering have to do with civil rights?