No one would argue that Hampton Roads is “just fine” without a new arena. Quite the contrary.

The two major ones, Hampton Coliseum and the Norfolk Scope, have no more than about 13,000 seats – even fewer depending on the configuration for specific events. Both are roughly a half-century old, and they often look it. I’ve attended the MEAC basketball tournament at Scope the past few years, and the best you could say about the place is it’s serviceable.

By the way, Old Dominion University’s spiffier Chartway Arena opened in 2002, but it holds thousand less than the other two spots. The ODU men’s and women’s basketball teams and other activities limit what outside events can be booked there.

This all matters because many A-list entertainment acts that could travel east along Interstate 64 won’t because the venues simply aren’t big or modern enough. Performers demand the updated the bells and whistles.

To complicate things: A recent effort to build a new, 18,000-seat arena in Virginia Beach failed spectacularly and led to litigation between the private developer and the city. Also, Norfolk Mayor Kenny Alexander said last year it doesn’t make sense to try to expand Scope.

Thank goodness entertainer and Virginia Beach hometown hero Pharrell Williams figured out how to use the beach and his buddies to bring a top-flight festival to the Oceanfront in 2019. He plans to do the same this year.

All of this brings me to a new, regional framework to build a possible arena in Hampton Roads, courtesy of legislation in the General Assembly.

Del. Jason Miyares, a Virginia Beach Republican, sponsored HB1102. It would allow several localities to share in the expense and receipts of a new facility. The regional authority would issue bonds to construct the arena and facility, and receive state sales and use tax revenue linked to it, according to a summary of the bill.

“I just want the localities to be able to do this together,” Miyares told me. “Why haven’t we done this before?”

Good question. People outside the immediate area could care less where an arena sits, just as long as fans can get there and back easily, and enjoy the event while they’re in the seats.

“We don’t get what we should get,” Miyares said. “Right now, we’re underserved.”

Part of the hurdle is that the individual community that puts up most of the cost of, say, an arena, convention center or other money-making venue would demand most of the profits – as they should.

In my former life at the Daily Press, I remember a few, informal discussions by Peninsula communities about helping to pay for the Hampton Roads Convention Center, around the turn of this century. That never came to much, and the city of Hampton eventually went all in for the center that opened in 2005.

Mechanisms exist already in the state code to allow more than one city or county to work jointly on projects like this. I’m guessing, however, many elected officials balk at paying part of the freight if the project isn’t in their borders. It could be a tough sell to voters.

Something like an arena, though, cries out for regional cooperation.

James Koch is ODU president emeritus and one of the guiding forces behind the university’s annual State of the Region reports. He told me the delegate’s bill would make it much easier to build a Hampton Roads arena cooperatively, while also providing the structure to do it.

A staffer with the state’s Division of Legislative Services noted that the pending bill gives the proposed regional authority specific powers, and the state would turn over some state sales tax revenues.

Incidentally, the Hampton Roads effort comes at a time Richmond officials are considering building a 17,500-seat arena to replace the Richmond Coliseum. It’s part of an overall $1.5 billion development that’s been controversial in the city.

Richmond is far enough away from Hampton Roads, though, that there’s no reason two new arenas can’t co-exist.

Especially if the communities in Hampton Roads agree on a way for all the interested parties to benefit. It would give a big boost to regionalism. 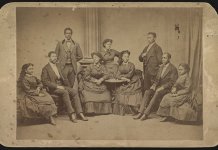 It’s not too late to change our shameful collective impotence on...