CLIFTON FORGE — Alleghany County Sheriff Dale Muterspaugh went on a crusade in 2004, pledging his department’s resources to find the primary victim of a massive vandalism case at the high school. In July, dive teams searching the bottom of Pike Pond found what they were looking for: the Brackman Cup, symbol of the fierce football rivalry between the county high school and the city high school in the county seat.

Fifteen years later, representatives from the city, the county and schools boards in each are sifting through a process as muddy and silty as the bottom of Pike Pond. The trophy they seek is even more elusive than the Brackman Cup: a fair and equitable way to consolidate the Alleghany and Covington school systems.

Like many other rural Virginia localities, Alleghany County and Covington struggle with long-term depopulation and an accompanying decline in school enrollment. A faction of community leaders is responding by pushing to consolidate the school systems but face a wealth of challenges including pay disparities, questions about how to navigate funding and capital investment, how to merge school boards and a local culture shaped in large part by rivalries between the high schools.

“Everyone has a different reason for wanting it to happen or not to happen,” said Jacob Wright, a member of the Alleghany County School Board who has largely propelled the consolidation effort. “Those of us looking at it from a sustainability aspect know it needs to happen.”

“The worst things I learned in school were on the school bus,” Wright said. “It just doesn’t make sense to put these kids on the bus for 40 extra minutes each day.”

These changes stem from the county and city’s declining populations. Alleghany County has seen a 16% and Covington a 22% decline in population from 1990, according to the U.S. Census Bureau. Future projections don’t look any rosier: The Weldon Cooper Center for Public Service projects that Alleghany County’s population will decline an additional 20% by 2040, and Covington will drop by 15%.

Since 2013, according to a consolidation feasibility study conducted by James Regimbal of Fiscal Analytics and Richard Salmon, a retired Virginia Tech professor, Alleghany’s student population has declined by 27% and Covington’s has grown by 14% — but both appear likely to shrink more in the future.

Other small cities in Virginia, such as Martinsville, are also working through reversion and consolidation as rural school systems have struggled with varying effects of declining enrollment. Bland County High School, for example, canceled its 2019 football season because it couldn’t field enough players for a team.

Enough local governments and school systems have considered consolidation since 2000 that in 2013 lawmakers directed the Joint Legislative Audit and Review Commission (JLARC) to conduct a study of consolidation, largely because the process requires state funding support.

Williamsburg and James City County operate a consolidated school system, and Fairfax County Public Schools manage and operate schools for the city of Fairfax, which maintains an independent school board to manage the contract and four city-owned school buildings.

A number of small cities continue to operate independent school systems, but they may eventually see a push for consolidation. The Alleghany County-Covington feasibility study includes a chart listing the number of administrative, attendance and health positions for several small city systems: Covington ranks third lowest, behind Lexington (first, with only nine positions) and Norton (10.83). Buena Vista, Galax, Franklin and the incorporated towns of Colonial Beach and West Point all employ fewer than 20 of those kinds of positions.

An additional pair of attempts to merge Covington with the county both failed, with voters rejecting consolidation plans in 1987 and 2011.

This latest effort seems to have momentum, in part because it doesn’t appear to require a referendum. Significant challenges remain. A committee with representatives from both school boards, Covington city council and the Alleghany County board of supervisors began meeting in August to tackle the various issues involved in school consolidation.

“So many people were shooting at us before we even started the first meeting,” said James Griffith, a committee member who represents Covington on the county board of supervisors. “Unfortunately, that happens in small communities. Nobody likes change. I don’t like change but sometimes we have to make change to survive.”

Sara Zeek, a Covington English teacher in her 26th year, said the consolidation proposal hasn’t been approached properly. Instead of figuring out the details, the committee has charged ahead without determining whether this makes sense, she said.

“What myself and several other teachers have been protesting against is that most of the people on the committee have never set foot in the high school building in Covington,” Zeek said. “They want to draft this proposal to try to get it in under the wire to get a piece of the state budget surplus. They haven’t done anything to determine community support, except have one public meeting at Covington, where everyone was allowed to speak but no questions were answered. Overwhelmingly that night, people were against it because there were too many unanswered questions.”

Covington Mayor Thomas Sibold, who sits on the committee, acknowledged that the question of consolidation is “complicated.”

“Our populations have dropped significantly over the last 50 years,” Sibold said. “We’re half the size we used to be. Schools cost more and more. Are we giving the children the best education we can give them as we are now? Those are the things we need to be thinking about.”

Griffith, the supervisor, said that consolidation makes a lot of sense, but he wants to ensure the the numbers work.

“We merged school systems in North Carolina 40 years ago,” Griffith said. “I’d love to see that because i feel it’s the most feasible and beneficial to everybody. That’s what we’re trying to do: get it to know what it’s going to cost, where all the monsters are in the background, what we’re facing 10 years down the road. It’s not just merging the school systems; it’s being sustainable. That’s the key.”

The committee’s challenges include how to address salary and benefits disparities between city and county school personnel. City personnel are paid more than their county counterparts, although that number fluctuates among different pay scales.

State Del. Terry Austin, R-Botetourt, said he’s willing to carry a budget amendment to assist the process until an equalized system can be established without cutting existing teachers’ pay or laying anyone off. A feasibility study on consolidation calculated it would take about half a million dollars annually to equalize salaries between the two systems.

Austin and his counterpart, Sen. Creigh Deeds, D-Bath, probably would also have to carry legislation to allow Covington and Alleghany to shift from appointed to elected school boards. Wright described a future joint school board that would include two members from the county, two from the city, and three at-large, all elected by voters.

There’s also the question of how best to integrate the two systems’ buildings into a coherent whole. Figuring that out involves more than just measuring bus routes — it also entails a comprehensive breakdown of maintenance schedules on boilers, roofs and other expensive parts of buildings that must occasionally be upgraded or replaced.

Finally, consolidation advocates must overcome the culture gap in an aging county in which older residents remember heated football games and other manifestations of the rivalry between high schools.

“I was around when the Little Brown Jug quit happening,” said Sibold, referring to the trophy from a former football rivalry between Clifton Forge and Covington high school. “I don’t think the Brackman Cup is as big as it used to be. Covington won this year, but when you get beat every year forever, it’s not that big a rivalry anymore.” 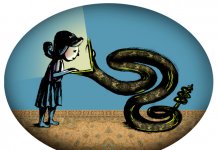 How secure is your child’s data in Virginia’s virtual classrooms?

‘That blew everything up’: Universities get aid they can’t share with DACA students 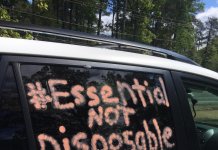