Voters should choose their representatives. This is the simple notion that forms the foundation of our democratic system.

The philosophy is embedded in the United States’ Constitution’s opening three words, “We the People.” It inspired the 17th Amendment that declared that Americans should elect their senators directly. It inspired women as they led a movement for suffrage. And it inspired people of color as they achieved the Voting Rights Act. As Congressman John Lewis declared on the floor of the House in 2011, “the vote is the most powerful nonviolent tool we have in a democratic society.”

Yet throughout American history, politicians have taken steps to weaken that tool or shape it to their advantage. This year, by passing the proposed constitutional amendment on redistricting reform, Virginia has the chance to end those practices and enshrine comprehensive and fair redistricting in its Constitution.

We should start by making clear what redistricting reform is, and what it isn’t. Redistricting reform is not about taking power from one party and giving it to another. That’s how redistricting has worked for decades, and it has contributed to a disconnect between politicians and their voters, a lack of faith in the democratic process, and policies put the needs of a privileged few ahead of everyone else.

Real redistricting reform is about putting the power to select elected representatives back where it belongs: with the voters. That’s precisely the kind of reform in Virginia’s proposed redistricting constitutional amendment, which first passed the General Assembly last year.

The amendment would create a bipartisan redistricting commission comprised of politicians and ordinary Virginians. It would ensure that the redistricting process is transparent by requiring public hearings and open meetings. And it would prevent gerrymandering in the future through provisions that prohibit districts that advantage or disadvantage any elected official or political party.

This is a huge improvement from the status quo. Virginia’s current redistricting process is conducted behind closed doors by partisan politicians, and the public has little opportunity for input. This amendment would be an enormous step toward transparent and inclusive democracy.

Most importantly, this state constitutional amendment is not a temporary measure passed in one session that could be removed in the next. It’s an amendment to Virginia’s Constitution, making clear that Virginia voters should have a definitive say in how their districts are drawn. A 2018 CNU poll showed that 70 percent of Virginia voters support the amendment.

For the citizens to have a say in the redistricting that follows the 2020 census, the General Assembly must pass this bill during this session. Otherwise, Virginia voters will again have their legislative districts decided by politicians, not the people. The districts adopted in 2021 will be in place for another 10 years.

To be sure, in every state where I have worked to end gerrymandering, there have been concerns about whether the reform goes far enough to ensure that members of historically marginalized racial and language groups have an equal opportunity to elect representatives who share their lived experiences. Here, the amendment explicitly requires that the redistricting commission take into account the ability of communities of color to elect representatives of their choice. It requires compliance with federal voting rights law and the U.S. Constitution.

Additionally, we are working with Virginia activists to help pass enabling legislation to add details that would further cement protections for communities of color, including requiring diversity among the members of the commission and strict mapping criteria that respect community testimony.

Other opponents have argued that the commission could put too much power in the hands of the Virginia Supreme Court, where a majority of justices were appointed by Republican governors and confirmed by Republican legislators.

If this criticism is sincere, and not just a veil for holding onto their new power, Democratic legislators should add provisions to the enabling legislation that would require the Virginia Supreme Court to abide by the same mapping criteria as the commission, appoint a qualified special master and provide for public input into the final maps. After all, when they were in the minority, not more than three months ago, they were avid supporters of such redistricting reform.

The people of Virginia should not have to wait any longer for fair maps. Now is the time for comprehensive redistricting reform in Virginia. Now is the time for the General Assembly to pass this amendment once again and give Virginia’s voters the chance to make history in November. 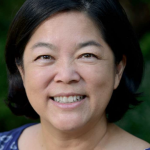 Kathay Feng is the national redistricting director at Common Cause, a nonpartisan watchdog group focused on open and accountable government.