Yes, Virginia, we had ourselves a year.

From the executive branch scandals in the beginning of the 2019 General Assembly session — which came on the heels of a conservative furor over a failed abortion bill mentioned by President Donald Trump in his State of the Union address — to the Virginia Beach mass shooting and the debate on gun policy it unleashed and the November elections that delivered a seismic shift in power here, there was no shortage of national attention coming our way in 2019.

In hundreds of news articles and commentary pieces, the Mercury was here to help you make sense of it all. Here’s a selection of some of the work that I think best exemplifies what we’re all about. I’m very proud of our small staff and roster of contributors and I’ll hope you’ll stick with us as a go-to source of news and opinion on state government and policy as we head into 2020.

GOVERNMENT AND THE GENERAL ASSEMBLY

A big part of what we do is attempt to make the intricacies of state government accessible, engaging and understandable. It’s why have a semi-regular feature called Virginia Explained to elucidate policy debates. Articles like this one by Ned Oliver on how the House of Delegates’ subcommittee system bottles up debate and kills legislation was a prime example of that approach.

Often, reporters who spend a lot of time covering the Capitol start to take intractable issues as a given. We didn’t want to fall into that rut. Many lawmakers and health care and hospital lobbyists grimace when they hear “certificate of public need.” But Katie O’Connor took the time to explain why the rest of us should educate ourselves about the high-stakes argument.

The story behind the certificate of need: What it is, why it exists, and why it has been a thorn in Virginia’s side for decades

There’s usually more than meets the eye to the machinations of the General Assembly. Aided by a FOIA request, Ned Oliver pulled back the covers on Republicans’ stonewalling of an appointee by Gov. Ralph Northam to lead the Department of Professional and Occupational Regulation. It came amid a GOP senator’s battle against the department on behalf of contractors who also happened to be campaign donors.

Ultimately, we always strive to keep the people affected by the policy made in Richmond at the forefront of our coverage. This piece on the importance of coverage for prosthetic devices for the people who need them, and another on the numbing wait for state support by families with children with severe developmental disabilities, both by Katie O’Connor, illustrate that approach. Katie also led the state in covering some of the severe shortcomings in Virginia’s foster care system, shining a light, for instance, on the lack of state support for kinship care families, which advocates credit with bringing some much-needed state attention to the matter.

‘They forgot about us:’ Thousands of families are doing the same work as foster parents in Virginia, without the support

Virginia’s sky high numbers of evictions — and what policy prescriptions might reduce them — were also a major topic in 2019. But while that debate usually relied on numbers, Ned Oliver’s profile on one woman’s battle with her landlord revealed the ugly reality of the power dynamic that often leaves tenants holding the short end of the stick.

A leaky roof, a tenant’s complaint and a landlord’s response: ‘You’re just another dumbass n––––– I got to go to court with’

As former environmental reporter myself, it’s hard to limit myself to just a few of the pieces Sarah Vogelsong has done for us since she joined us full-time in June, filling a crucial gap in coverage of energy and environmental issues in Virginia. Climate change, of course, is affecting us all. But Sarah’s maintained a steady focus on explaining how thoroughly it will change life here in so many ways in these two pieces.

For decades, maple syrup was one of Virginia’s best-kept secrets. Now climate change may spell its end.

She’s also done a great job of delving into the state’s energy future, including this look at what Virginia is (and isn’t) doing on one of the key emerging technologies in the energy sector: battery storage.

Battery storage could be a key to cutting emissions. What’s Virginia doing about it?

And her deep dive on why environmental justice is surging to the fore in Virginia, prompted by a several controversial projects, was one of our must-reads of 2019.

In Virginia, Union Hill and racial tensions have put environmental justice back on the map

There’s a reason the “Virginia Way “is as often mocked as it is celebrated. As Graham Moomaw pointed out last month, activity that will probably land a U.S. congressman in prison is perfectly legal here. “That means Virginia campaigns don’t have to be meticulous about making sure candidates don’t use their political account — often filled by business interests and wealthy donors — as a personal piggy bank,” he wrote.

A congressman could go to prison for misusing campaign funds. What he did is totally legal in Virginia.

What’s a party to do when some of its members want to swear off corporate donations but it also needs lots of cash to win an election? That’s the tension Ned Oliver found during a visit to the Homestead in Bath County, where the party was engaged in a retreat with lobbyists and donors. “Gross but mandatory – that’s pretty much how I feel about this event,” said Del. Lee Carter, D-Manassas. Ned also profiled Michael Bills, the man who has become Virginia’s biggest donor, here.

Was Richmond really burning? As February seemed plunged into tumult by the governor and the attorney general’s blackface scandals and the sexual assault allegations against the lieutenant governor, Ned Oliver found a strong undercurrent of business as usual.

Chaos envelops the Capitol, but lawmakers from both parties insist (insist!) they can still do their jobs

Kirk Cox, the former GOP speaker, seemed like a dead man walking as far as his chances for re-election last year after his district was redrawn. So how did he pull it off?

His majority got wiped out in the suburbs. How did Kirk Cox survive?

The massacre in May at a Virginia Beach municipal building pushed the state into a debate on guns that will continue into 2020 with Democrats in control of the General Assembly.

This piece by Mechelle Hankerson, reporting from her hometown in the wake of the killings, really captured the raw emotion and emerging political consequences of the shooting.

This profile by Ned Oliver on Sen. John Edwards, the last Democrat endorsed by the National Rifle Association in Virginia, showed just how much the landscape on gun regulation here had shifted.

Why the last Democrat in the Va. legislature endorsed by the NRA says he now backs gun control efforts

It’s taken as an article of faith by some gun-control advocates that the NRA’s money is what makes new restrictions so tough to pass. But, as Mechelle Hankerson uncovered in this piece, it’s simply not that simple.

It’s not the NRA’s money that sways Virginia politics: It’s the members.

Seeing a gap in statewide K-12 and higher education coverage, Mechelle Hankerson has really pushed to fill it with some great coverage of low teacher pay, the legacy of segregation, whether school systems are set up to handle an influx of non-English speakers and the cost of college, among many others. A few highlights:

‘My community doesn’t have a voice’: Are Virginia schools meeting the needs of an increasing Hispanic population?

Fixing the formula: How the state plans to get more financial aid to the students who need it most

‘That really wears on you:’ Pay, challenges of poor districts are pushing Virginia teachers out of the classroom

We’re based in Richmond, but we realize there’s so much more to Virginia than its urban crescent. That’s why we try to bring you stories from other parts of the state, like Ned Oliver’s deep dive on Bristol’s marijuana and gambling gambit.

Desperate for jobs, one of Virginia’s most conservative cities turns to marijuana and casinos

Mason Adams, a regular Mercury contributor based in Floyd, also helps us bring you stories from Southwest Virginia, like this look at the Democrats’ bid to convert rural voters.

Do Democrats have a rural future?

Mason also took us into the struggle of rural parents seeking quality mental health care for their children.

‘You’ve got to make your own:’ Rural parents struggle to access mental health services for kids

And also why not everyone is jazzed about the reintroduction of elk.

We’re blessed with a great roster of opinion contributors. I’ve pulled one from each of our regulars that I thought really epitomizes what they bring to the table:

How the General Assembly failed Virginia again on clean energy

Virginia’s Capitol as a dystopian landscape braced for battle. How did it come to this? 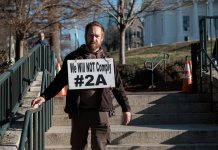