Believe it or not, there is a rare oasis of agreement in Washington, D.C.: Everyone wants to do something to stop so-called “surprise” medical bills.

But, since nothing is simple in Washington (or with health care), the quest for a quick fix brings potential risks of making the problem worse. The Law of Unintended Consequences rules.

Multiple legislative proposals are being rushed into a year-end bill with the promise to curb unexpected charges resulting from gaps in insurance coverage.

And while there are several proposals working their way through various committees, they seek to end these unexpected (AKA “Surprise”) out-of-network bills through one of two primary methods. While a fortunate common theme of these bills is to hold the patient financially harmless, the solutions result in significantly different potential outcomes.

One approach would establish an independent dispute resolution (IDR) system.  With IDR,  insurance companies and care providers are incentivized to negotiate a fair price for services rendered. If they can’t agree, the dispute is settled by a third party who weighs each side’s proposal and makes a decision. Everyone gets to make their case, everyone has a seat at the table and the loser pays the expenses of the arbitration. The patient is protected from this process. New York established a system like this years ago and it works so well the state has expanded it. Texas and New Mexico have now adopted a version as well.

The other method is known as benchmarking, indexing or rate-setting. In this scenario, the median in-network rate paid by insurers is determined to be the amount insurers will pay out-of-network providers. Since the rates are set by insurers, an unfair negotiating advantage now exists with both in-network and out-of-network providers. This approach creates incentives to only offer lower rates to their “most expensive” contractors, thereby decreasing the median prices while not affecting insurers’ bottom lines.  Benchmarking does nothing to improve care nor does it allow for market forces to determine pricing.

This second scenario also creates multiple problems for those providing the actual care by transferring more of the financial burden for out-of-network charges to doctors and hospitals. That bodes especially poorly in rural areas, where smaller populations mean providers cannot make up that lost revenue by simply taking in more patients. Hospitals and practices must pay bills – and so must the doctors, nurses, and staff who work there. If they can’t bring in enough revenue to pay those bills, they must shut their doors.

The consequences of this second scenario are obvious. Beyond eliminating a market-based solution, it may create situations whereby physicians and/or hospitals are no longer able to provide services and will close their doors out of necessity. A “solution” that impedes access to critical care is not much of a solution at all.

This has already happened in California, where rural areas are now facing doctor shortages just a few years after implementing a rate-setting system.

Unfortunately, neither proposal addresses the root cause of this problem, namely the inadequate payment rates insisted upon by many insurers and the unequal negotiating positions of those providing the services. Most physicians and hospitals want to be in-network providers, but, as with any business, bills must be paid. Angering your customers by sending “surprise” bills is not good business, but losing money when one provides a service is not a long-term business strategy.

This is not just a Washington issue, but a Virginia one too. While Virginia lawmakers failed to pass legislation this past General Assembly session, bills will be reintroduced this year. It won’t be easy, but any solution adopted at federal or state levels should be one that protects patients, is market-based and fair to those who care for them.

With their constituents’ lives and livelihoods at risk, as well as the financial viability of our health care systems, our leaders must address so-called “surprise” billing with the wisdom and consideration the issue deserves. It is too critical to handle by stapling an amendment onto tangentially related legislation just to pass something. It deserves its own consideration, its own hearings, and its own stand-alone bill.

So now is not the time to rush. Congress should hold hearings on the two models and carefully choose between the two paths leading in vastly different directions. Sens. Warner and Kaine as well as all our representatives in Washington need to recognize the significance of this issue and make the choices that best serve all of their constituents.

For months, Congress has talked about protecting patients from surprise medical bills. They have been bombarded by vested interests on all sides. With their end-of-the year deadline approaching, we do not need the equivalent urgency of a last-minute holiday shopper or a student cramming for an end-of-semester final. Action for action’s sake is a mistake.

Congress needs to solve the so-called “surprise” medical bill problem by addressing its root causes with the focus, care and long-term outcomes of all their constituents in mind. 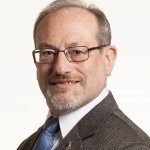 Harry Gewanter is a pediatrician and pediatric rheumatologist from Richmond.