The White House of the Confederacy, which once told racist myths about the righteousness of the rebel cause, is setting the record straight.

A new exhibit at the former Confederate shrine in downtown Richmond shows how people associated with the house helped spread a warped description of the Civil War era  — a narrative called the “Lost Cause.”

“We are telling history now” and not myths, said Stephanie Arduini, education director for the American Civil War Museum, which runs the White House.

The exhibition, “House of the Lost Cause,” is scheduled to open Dec. 14.

The Lost Cause is a moonlight-and-magnolias version of the South that emerged after the war. Among other things, it claims that enslaved people were happy, Confederate leaders like Gen. Robert E. Lee were saintly exemplars of Christianity, and the war had little to do with slavery.

In truth, slavery was brutal, and children were often sold on the auction block. Lee, while a capable military man, was a white supremacist who felt blacks were better off living enslaved in the South than free in Africa.

And — despite claims to the contrary even today — the war erupted mainly over the white South’s desire to preserve slavery, experts say.

“Confederate leaders very candidly announced that they were fighting for the idea that bondage under a ‘superior’ white race was the ‘natural and normal condition’ of black people,” said Melvin Patrick Ely, a College of William & Mary history professor, by email. He is not associated with the exhibit.

The White House of the Confederacy has been telling visitors about the Lost Cause for years. But staffers say the new exhibit is their hardest-hitting, most detailed project on the subject.

Conventional wisdom says the winner of a war writes its history. But after the Civil War, the opposite occurred.

“Even though (the white South) lost the war, in many ways they won because they shaped the narrative” of what happened, said Arduini during a recent press briefing at the White House.

A sizable portion of the U.S. population still believes the Lost Cause, Arduini said. For believers, a visit to a modern museum can be a shock.

“It’s a really scary thing to have to re-think about how you know something,” she said.

The Lost Cause was created by ex-Confederate soldiers, South-leaning writers and pro-rebel groups like the Confederate Memorial Literary Society.

Much of the Lost Cause narrative was racist, the exhibit shows. In addition to saying slaves were happy, it held that emancipation was a mistake. It glorified white womanhood and depicted black men as either silly or sexually rapacious.

“The Lost Cause in the late 19th century is fortifying this narrative of racial difference that justifies Jim Crow,” said Chris Graham, who curated the new exhibit. Jim Crow was a legal system of racial discrimination in the South that existed well into the mid-20th century.

Some proponents of the Lost Cause also glorified the racist terror group the Ku Klux Klan. “In the Lost Cause, the Klan was the good guys,” Graham said.

The White House of the Confederacy was the home of Confederate President Jefferson Davis and his family from summer 1861 until April 2, 1865, when Richmond, the Confederate capital, was evacuated.

The Lost Cause exhibit occupies three rooms. The first tells the story of Davis, who was imprisoned after the war for nearly two years at Fort Monroe in southeastern Virginia.

“Jefferson Davis was a deeply unpopular president, but when he is put into prison, for many ex-Confederates he is transformed into a martyr.” said Graham. That imprisonment planted seeds of the Lost Cause.

The second room tells the story of Varina Anne “Winnie” Davis, who was born in 1864 in the White House to Davis and his wife, Varina. Lost Cause adherents adopted Winnie Davis as a living symbol of the cause, but she was happier working in New York as a writer, Graham said.

The exhibition’s third room contains images of the Lost Cause in popular culture and politics. They include a scene from “Gone With the Wind” — a movie soaked in Lost Cause sentiment — and a 1958 Time magazine cover featuring the face of segregationist Virginia Gov. J. Lindsay Almond superimposed on a Confederate battle flag.

The room also includes images of John Mitchell Jr., a black Richmond journalist who railed against the Lost Cause in the late 1800s and early 1900s; Barack Obama, the first black U.S. president; and an illustration from the movie “Django Unchained,” which turns the happy slave theme on its head.

The White House has its own history with the Lost Cause.

In 1896, the Clay Street mansion became the Confederate Museum, a shrine for rebel aficionados and a megaphone for the cause.

Relying on modern research, the American Civil War Museum tells the stories of U.S. and Confederate soldiers, enslaved and free African Americans, and civilians, including women. 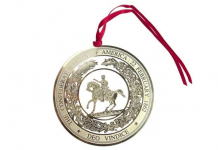 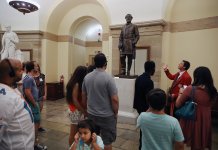 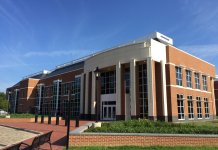 Hanover swiftly rushed to the defense of guns; not so quickly for residents shaken by a racist rally