Every year, Virginia’s state-run liquor monopoly puts out a roster of its best-selling products. And this year, just like the year before, Tito’s Handmade Vodka took the top spot.

But those overall sales figures conceal a rich and varied tapestry of local liquor preference.

Courtesy of freshly compiled data by the Virginia Alcoholic Beverage Control Authority, here’s a never-before-seen look at which booze brands residents of every city and county spent the most money on during the fiscal year that ended June 2019.

It’s Tito’s in the suburbs.

There are some exceptions — rural Bath County, for instance, which perhaps not coincidentally is home to the luxury Omni Homestead Resort — but the state’s suburbs and Northern Virginia in particular go hard on Tito’s Handmade Vodka.

Ad Age named the brand “Marketer of the Year” in 2017 for the effort, which focuses on folksy billboards, magazine ads and an overall strategy that operates “under the philosophy that ‘if you have a liver, we deliver.’”

“It’s a pretty meteoric rise in comparison with some of the other top selling brands have staying power because they’re just older brands that have been around for a lot longer,” said Taylor Thornberg, a spokeswoman for the state liquor authority.

A deep valley of whisky drinkers.

Jim Beam and Jack Daniel’s 7 Black have carved up the Shenandoah Valley with no obvious rhyme or reason.

Unlike Tito’s, both brands are mainstays in Virginia. Jack Daniel’s, in particular, held the top-selling spot for as long as the state has been tracking it up until 2017.

Why one county prefers one over the other, we cannot say, and neither can the state experts.

“Really, no idea,” said Thornberg. “But it probably comes down to a combination of tradition and brand recognition and then marketing by that brand and vendor. And also price point.”

Hennessy V.S., an exceptionally popular cognac, enjoyed one glorious year in 2017 as the state’s highest grossing liquor between the fall of Jack Daniel’s and the Tito’s invasion.

“Coincidentally, that’s also when Drake released his Billboard top hit ‘One Dance,’ and the chorus features Hennessey,” Thornberg notes. “So I can’t say correlation or causation, but, it was declared song of the summer.”

Hennessy remains the most popular liquor in the state’s biggest cities and in southeastern Virginia.

Ultimately, as is the case with the other contenders, Thornberg suspects it comes down to demographics and marketing efforts undertaken by the brand.

The data revealed a few, shall we say, anomalies.

Among them: The city of Bristol and nearby Smyth County really like their Fireball — a sweetened cinnamon-flavored whisky that’s risen to become the fifth best seller statewide but takes the top spot nowhere else.

The city of Radford, meanwhile, was the only in the state where a bottom shelf vodka was the highest-grossing product. The brand, Aristocrat, is traditionally a favorite among broke college students and while there might not be a ton going on in Radford, it is home to an eponymous university with a strong reputation for partying.

A clerk at the county’s only ABC store relays her theory via Thornberg: “She thinks their high sales might have something to do with being in a rural area with lots of hunting enthusiasts who enjoy it.” 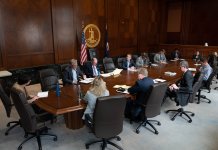 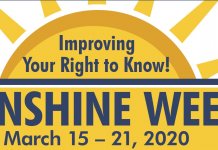 Should foundations established by public universities be allowed to keep donor...