Virginia Republicans promised a “thoughtful and deliberative study” of gun legislation when they abruptly adjourned a special legislative session called by Gov. Ralph Northam following a May mass shooting in Virginia Beach.

Virginia State Crime Commission staff members tasked with the study wrote that there was “inconclusive evidence to develop recommendations” and that it was ultimately up to elected politicians to decide what policies to enact.

“The absence of recommendations should not be interpreted as meaning that no changes to Virginia’s laws are necessary, but rather that any changes are policy decisions which can only be made by the General Assembly,” they wrote. The staffers noted they could use their gun violence research to offer “technical assistance” to state lawmakers going forward.

Democrats had blasted Republicans for adjourning Northam’s special session after only 90 minutes, calling the decision to send legislation to the crime commission and delay action until after the November elections a stall tactic to avoid addressing the issue on the campaign trail. Northam had asked lawmakers to return to Richmond days after a gunman killed 12 people at a municipal building in Virginia Beach to reconsider gun violence legislation that Republicans voted down in January.

Many of the proposals sent to the crime commission for study have been proposed by Democrats and rejected by Republican lawmakers for years, including legislation that would require universal background checks, limit magazine capacity and require gun owners to report stolen weapons to police.

The commission heard two days of testimony in August and reviewed more than 4,000 written comments. Staffers said planning for the meetings took “an extraordinary amount of time” and that they also “examined relevant literature and reports; requested an analyzed relevant data; consulted with subject-matter experts; and attended a Congressional briefing on mass shootings by leading academic researchers.”

Ultimately, though, they said their research was inconclusive because limited studies have been conducted and that research that has been conducted is “insufficient, mixed or contradictory.”

Democrats said they’re not surprised by the outcome. Northam’s Secretary of Public Safety, Brian Moran, argued from the outset that proposals for things like universal background checks did not require further study.

“We did not have high expectations,” he said of Tuesday’s report. “And certainly those expectations were not exceeded.”

Republicans, who lost majorities in both chambers of the General Assembly last week, announced Friday they were cancelling a commission meeting scheduled for Tuesday. They had planned to go over the report and discuss recommendations to forward to the full General Assembly, which was scheduled to reconvene next week to act on those recommendations. The party has also cancelled that meeting, noting that Northam said he expected to pass his full package of gun legislation now that Democrats control both chambers.

“The staff looked long and hard at it and concluded that the studies (into gun violence legislation) are not conclusive,” said Del. Rob Bell, R-Albemarle, who serves as vice chair of the Crime Commission.

He said the commission would have still met to make recommendations had the GOP not lost, but that it would be pointless for a commission that reflects the current make-up of the General Assembly to put forward proposals that the incoming majority would likely ignore.

Del. Paul Krizek, D-Fairfax, a crime commission member, said he was disappointed, but he understands commission staffers were in a difficult position.

“But at least a report on where the gaps are in data collection would have been helpful,” Krizek said.

UPDATE: This post has been updated to add additional reaction and background on the report. 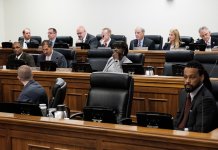 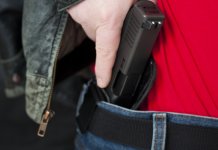 I got a Virginia concealed-carry permit. No one made me prove I actually can fire a gun and hit a target. 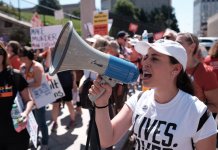 So many shootings, such meager concern

It’s not the NRA’s money that sways Virginia politics: It’s the...