The headline from Tuesday’s election was that Democrats had taken control of both the legislative and executive branches of Virginia government for the first time since 1993.

The blue sweep of the House of Delegates and the Senate combined with the party’s owning the offices of governor, lieutenant governor and attorney general were significant because they signal a swift and sharp shift in the direction of state policy.

But it was not unexpected.

The immediate political postmortems attributed it to Democrats and centrist suburban independents rebelling against a GOP led by President Donald Trump.

That’s true. Virginia has never been Trump country. It was the only former Confederate state that supported Hillary Clinton in 2016. Underlying that political reality, however, are economic, cultural and demographic differences that make Virginia feel more like two states than a commonwealth.

Hamilton Lombard can point to volumes of research and official data compiled by the University of Virginia’s Weldon Cooper Center that vividly shows the fault lines. One is the burgeoning, generally wealthier urban/suburban Virginia within the “Urban Crescent,” a string of cities and counties from the Washington, D.C., suburbs and exurbs south through Richmond and southeast to Hampton Roads, said Lombard, the Cooper Center’s demographer. The other is rural Virginia, a region which has seen legacy industries such as tobacco, coal and manufacturing staples such as furniture and textiles wither since the 1990s.

Generally, suburbia – particularly the D.C. bedroom localities – is younger, more college-educated, wealthier and newer to Virginia, not just from elsewhere in the United States but abroad.

Arlington County’s 2017 average annual household income of nearly $186,000, for instance, was more than triple that of at least 11 rural Virginia localities, most of them in Southside or Southwest Virginia.

Reasons for the suburban/rural divergences are many, Lombard said. While mining employment in Virginia has been on a long-term slide because of government regulations and ebbing demand, mechanization and efficiency bear some of the blame. Similar factors affect farming, which accounted for half of Virginia’s economy in 1900 but only 2 percent since 1970, he said. Factories and mills in small communities that were once Virginia’s economic backbone have been shuttered thanks to overseas outsourcing attributable to trade deals such as NAFTA.

“There are fundamental separations that have developed over the years that may have more to do with voting than economics: education levels and age, for instance,” Lombard said.

A Cooper Center data map shows just 15 Virginia localities where 40 percent or more of the population 25 years of age or older hold bachelor’s degrees or higher. Only three – Charlottesville and the counties of Albemarle and Montgomery, all surrounding either UVA or Virginia Tech – are outside the Urban Crescent. In the counties nearest Virginia’s borders with North Carolina, Tennessee and Kentucky, you can count on one hand the number of localities where 20 percent or more of the 25-and-older population hold four-year college degrees.

Another Cooper Center data map of median ages shows that localities in the Urban Crescent are predominantly thirty-something while the median age for cities and counties elsewhere was overwhelmingly 45-plus.

Overlay those maps against Tuesday’s House and Senate district outcomes and the blue Democratic districts track closely with the age, education levels and income data in the Urban Crescent. The vast geography of more thinly populated rural Virginia remains red. Similar correlations are seen in the 2016 presidential race and the 2017 gubernatorial election.

Now, with the levers of power fully in their hands, Democrats plan to quickly achieve some long-awaited policy goals: new gun control laws including an end to the “gun show loophole,” allowing localities to determine the fate of Confederate monuments, a move to ratify the Equal Rights Amendment and loosening restrictions on abortion access to name a few.

“The key is you have to respect rural voters, respect their culture,” Jarding said. Part of Warner’s rural strategy included a Warner-themed entry into a NASCAR truck series race in Martinsville and a bluegrass band playing a plucky, pro-Warner version of “Dooley.” The goal wasn’t to pass off Warner, an Alexandria suburbanite, as a good ‘ol boy, said Jarding, recently retired as a professor at Harvard’s John F. Kennedy School of Government.

“It signaled to rural people that he understood them,” Jarding said. And it prevented his GOP opponent, Mark L. Earley, from amassing insurmountable margins in rural areas.

Hurt and Jarding agree that further Balkanizing the politics of Virginia’s rural and urban/suburban areas is corrosive to democracy. Now, both warn, is not the time for gratuitous score-settling or end-zone dances.

“If that continues, then it’s troubling to think about how you govern in the future,” said Hurt, who left Congress in 2017 after serving three terms and is now dean of Liberty University’s Helms School of Government. “If the Democrats approach it saying ‘We have this mandate and we can cram an extreme agenda down the throats of people who voted for the other team,’ then I think that’s a mistake.”

“Our challenge as Republicans is to be able to speak to those people in suburbs of Northern Virginia and the Richmond area,” he said.

They also agree that political trends can pivot quickly, particularly as a result of a political overreach or demonizing and dismissing voters with whom they disagree.

“Virginia has changed, the divides have gotten deeper and that’s not good for democracy when one party says ‘I’ve got all the votes I need so I don’t need the others,’” Jarding said. 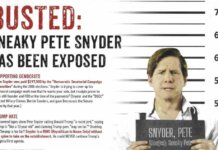 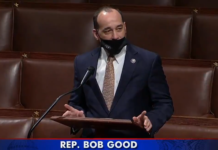 The Atlantic Coast Pipeline is looking like a riskier investment every...