Rural Virginia has swung hard for Republicans over the last decade, driven by backlash to President Barack Obama, an emigration of more educated residents to urban and suburban areas, and a realignment in culture and voting patterns.

So why is a Democrat in exurban Northern Virginia running on the campaign slogan, “The Future is Rural”?

Laura Galante, who is running in the 18th House district, where Donald Trump won 61% and which consists of Fauquier, Warren, Culpeper and Rappahannock counties, explained it this way:

“People are looking for that sense of belonging and community that rural areas provide. We just need to make sure the opportunities are there to make a living and support your family and get an international-level education,” she said. “It’s that sense of pride in having a place you know well, like a rural area where you’ve either grown up and have five generations behind you in the ground, or you’re coming out for the first time to do some homesteading and have a dairy operation and still work for a tech company online. That’s the kind of life I see more and more people wanting.”

Galante, a cybersecurity expert, moved from the Washington, D.C., metro area to Fauquier County to start her own firm in 2017. She’s clearly targeting others like herself — people looking to country life for a work/life balance that can be facilitated by working remotely through the internet. Galante’s got good reason to believe this: a 2018 Gallup study showed that a plurality of Americans (27%) would rather live in a rural area than anywhere else.

So while Galante’s specialities lie in the urban-heavy tech sector, she’s running a campaign awash in horse and farming imagery. Her top issue — the availability of broadband internet, bridges those two worlds.

“One of the most frustrating things is how poor our internet service is,” Galante said. “That threw me into this campaign and really is the core issue in our campaign.”

In a year in which Virginia Democrats are taking advantage of anti-Trump backlash to contest suburban districts long-held by Republicans in Richmond, Northern Virginia and Hampton Roads, a secondary group of Democrats like Galante are trying to make in-roads in rural parts of that state that swung heavily to the GOP in the decade following the 2008 election of President Barack Obama.

These rural parts of Virginia vary by region. The horse country in which Galante is running looks much different from the Piedmont foothills of Southside Virginia, which in turn has distinct issues from Southwest Virginia and the Shenandoah Valley. What they have in common is that they’ve trended increasingly Republican since 2000.

Now, as Democrats attempt to reclaim control of both houses in the General Assembly for the first time since the 1990s, they’re fielding candidates across the commonwealth — even in districts tilted heavily toward Republicans. In the House, Democrats are running 92 candidates for 100 seats, while in the Senate, 36 Democrats are contesting 40 seats. By contrast, Republicans are running only 71 House and 25 Senate candidates.

Democrats are running in 10 rural western and central districts through the coordinated Rural GroundGame initiative, in which candidates are sharing resources and consultants who are attached to the project. Those 10 districts include the 15th, 22nd, 23rd, 24th, 25th, 26th, 58th and 59th House districts, as well as the 15th and 26th Senate districts.

The initiative grew out of Tim Kaine’s 2018 bid for re-election to the U.S. Senate. Four staffers attached to the coordinated campaign, which linked Kaine’s campaign to congressional campaigns and local units, formed a consulting group which provides the staffing for Rural Ground Game. They’ve provided operational support for these 10 rural campaigns with the goal not just of winning this year, but building a Democratic organization that can compete in future elections.

“A lot of these races are knocking doors that have never been knocked before,” said Alex Rohr, who handles the group’s communications. “Everyone’s working for today but building for the long term at the same time.”

The candidates, whatever staff they can afford to hire, and the Rural Ground Game consultants communicate through Slack channels, trading tips on issues and tactics. The approach is generating early results in terms of garnering media attention and fundraising. In some races, Democratic challengers have kept pace with Republican incumbents in fundraising and even out-raised them in a few cases. But earned media and campaign finance can be positive signs, the ultimate measure of short-term success will come on Election Day.

Democrats have fought to win in rural areas previously — Southwest Virginia was represented by a significant number of longtime Democratic incumbents until the late 2000s — but this year’s candidates are different, in that they’re taking more progressive policy positions than before. There are no “Sportsmen for” signs, which marked the gubernatorial campaigns of Mark Warner, Tim Kaine and Creigh Deeds in the ‘00s. Instead, rural Democrats are talking about Medicaid expansion and gun violence. Blue Dogs these ain’t.

In the 15th House District, for example, first-time candidate Beverly Harrison is taking on House Majority Leader Todd Gilbert, R-Woodstock, in a district where 72% of 2016 voters went for Trump. Harrison, who had raised less than a tenth of Gilbert’s $496,965 haul through Sept. 30, remains unfazed. She got into the race after she was surprised to learn that the United States had never ratified the Equal Rights Amendment, and that a House subcommittee bottled up a bill to ratify the ERA in Virginia.

“I’m more motivated because he’s in leadership,” Harrison said of Gilbert. “It was reinforced all over again when he shut down the special session on guns on July 9.”

Harrison is running her campaign out of her living room and serving as her own campaign manager. She said she’s working as much to inform people about Medicaid expansion and other state programs as she is to actually defeat Gilbert.

“I’ve been able to do what I think is a significant amount with a small budget,” Harrison said, similar to how “rural America’s geared. … You just have to go out there and figure it out, sometimes in a rather ingenious way.”

That point was shared across interviews with numerous Democrats running in rural districts. They see themselves as making do with whatever tools are available and frequently compared their campaigns to the efforts of scrappy farmers and other rural laborers.

Brent Finnegan is running his second race against Del. Tony Wilt, R-Harrisonburg, after losing 55%-45% in 2017. Before that, Wilt had not faced an opponent since the 2010 special election in which he won the seat.

“It feels like Democrats kind of gave up on the western part of Virginia for a while,” Finnegan said. “They wrote it off as unwinnable. But things are changing. The community is changing. The district is changing.”

Finnegan’s road to politics began during the Great Recession, when he was laid off from a PBS station. He drove a cab for a while before landing his current job as public health educator at James Madison University. Finnegan said he launched his campaign two years ago over economic issues, a theme that’s continued into 2019.

“It’s not that my opponent and I agree on problems and disagree on solutions,” Finnegan said. “He doesn’t even see the large number of people living in the 26th district struggling with poverty, low wages and rising rents. They’re concerned about health care and losing health care if they lose their job. He’s not talking about those things.”

“A vibrant, healthy economy allows for the bigger businesses to thrive and hire people, for new businesses to start up and for entrepreneurs to fulfill their dreams of having a business,” Wilt said. “We’ve got to have some basic taxes and fees for what society wants, but we’ve got to be cognizant of the tipping point where we fund so many of the public programs that it overburdens the private sector. People out here promoting these social ideas either are blissfully ignorant or they have some other agenda on their minds.”

The 26th House District looks more winnable than many other rural districts, in large part because of Harrisonburg and James Madison University. Voters still lean Republican, but Kaine managed to narrowly win it 50% to 47% in his re-election romp against Corey Stewart last year.

Other rural districts are much more challenging for Democrats. In Southside’s 15th Senate District, Democrat Virginia Smith is challenging Republican Sen. Frank Ruff, who’s only faced one other challenger since he was elected in a special election in 2000. A former teacher in Richmond schools, Smith is talking to voters mostly about broadband internet and health care coverage.

“This particular campaign is focused on winning in November, yes, but also building a very strong infrastructure here in the 15th District,” Smith said. “So the next time we have an election, we won’t have to start from what happened 12 years ago”—the last time Ruff was challenged by a Democrat. (He won that race 59% to 41%.)

In the 24th House District, Democrat Christian Worth is building a similar organization in her rematch versus Republican Del. Ronnie Campbell from the Dec. 18, 2018, special election to fill an open seat. Campbell, a retired state trooper who’d served on the Rockbridge County School Board and Board of Supervisors, rolled 59% to 40% in that election, less than a year ago. He’s running in part on his success in passing six of the 10 bills he introduced in his first General Assembly session.

Despite Campbell’s clear advantages, Worth has out-raised the incumbent and is making a point to campaign within every precinct in the district. She called her special election campaign, run on the same principles, a “political barn raising” to rebuild the Democratic presence in the district.

“We’re showing that, while we have to do more with less, we can stretch those dollars,” Worth said. “And while we’re doing that, we’re collecting information for future elections and making sure those voters are contacted again. Our long game is to increase turnout.”

Trump’s presence in the White House is energizing Democrats, much as Obama’s motivated Republicans during the previous eight years. So while the sun is shining, so to speak, Democrats are trying to make hay in rural districts. This election, and those in 2020 and beyond, will determine whether they can sink true roots or whether their efforts will wilt and die like bad farm metaphors. 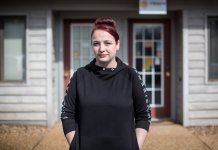 Even before COVID-19, tele-health was becoming a big part of rural Virginia health care 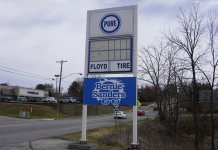 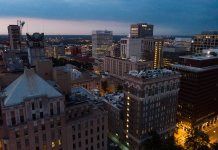