DUMFRIES — At a strip-mall Italian restaurant, the visiting businesspeople laid out a spread of chicken wings and potato skins, arranged their piles of bumper stickers and settled in to greet the locals.

On a laptop, video testimonials from New Kent County officials played to a mostly empty room, singing the praises of the new gambling venture run by Colonial Downs Group that they said brought jobs and tax revenue.

While other casino projects are on hold, voters in two Virginia communities — Dumfries and  Danville — will decide next month if they want to open their doors to the miniature versions run by Colonial Downs, an early test of Virginians’ appetite for more gambling.

Over an hour and a half at the company’s Dumfries event last week, only a handful of voters stopped by to hear the sales pitch as the company tries to expand its horse-racing enterprise into the outskirts of Northern Virginia.

The company has already opened gambling parlors in New Kent, Richmond and the town of Vinton in Roanoke County. A fourth is set to open next week in Hampton, and the company is still considering a location in Chesapeake. The off-track facilities — which feature historical horse racing games that strongly resemble traditional slot machines — operate under the brand Rosie’s Gaming Emporium.

Referendum wins would give Colonial Downs a foothold in two new parts of the state, strengthening the company’s position as the first casino-esque operator given permission to open in Virginia.

After chatting with Colonial Downs executives, Jeremiah Burns, a retired Marine turned award-winning barbecue chef, said he’s fully behind the idea of a gambling facility in his small town off Interstate 95, just down the road from the U.S. Marine Corps base at Quantico.

“I think they have an ideal project that’s going to work for the town and for Prince William County,” said Burns, 57.

A booklet the company handed out at the restaurant claimed the Dumfries Rosie’s would create 150 jobs paying an average of $42,000 and generate $640,000 a year in tax revenue for the town.

By the bar, restaurant patrons sipping beer eyed the newcomers, but mostly kept their distance.

They wondered if the gambling parlor would live up to the hype. Would the police be able to handle it? Where would the tax money go? Could someone who gambled away $50 afford to buy groceries?

“I’m still getting the pieces together,” said 72-year-old Lundy Breeding, a Woodbridge resident who runs a used car dealership in Dumfries.

Larry Lucas, a member of the Colonial Downs board of directors, attended the Dumfries event, but to declined to speak to a reporter on the record.

In a written statement, Mark Hubbard, a McGuireWoods public relations consultant working with Colonial Downs, said the company is making a “concerted effort” to inform voters about its plans prior to the Nov. 5. election.

“We have been well received and are optimistic the ballot measures will be successful, but it is an off-year election and voter turnout will be an important factor,” Hubbard said.

Though several casino projects are on the horizon, no Virginia cities are voting on them this year. Instead of allowing the projects to be on the ballot this fall, lawmakers requested a comprehensive gambling study for the 2020 legislative session.

The locations and construction timeline for the proposed facilities in Dumfries and Danville will be decided later if the referendums are successful, according to the company.

The company has pumped more than $300,000 into the two referendum efforts, according to the Virginia Public Access Project. After collecting thousands of signatures to get on the ballot, the company now needs to win majority support in each locality.

Colonial Downs is informing voters that its games “look and feel like slot machines,” but the question on the ballot in Danville and Dumfries is more vague. Voters will be asked if their locality should allow “pari-mutuel wagering” at off-track betting facilities.

Approval would allow Colonial Downs to install up to 150 historical horse racing machines, the same number as Vinton but far below the 700 machines allowed in larger localities like Richmond and Hampton. Under regulations passed by the Virginia Racing Commission, Colonial Downs can have up to 3,000 historical horse racing machines across the state. Some Rosie’s supporters have already advocated for raising the 150-machine cap for localities with less than 60,000 people, saying it imposes an arbitrary limit on small towns that could draw visitors from their larger regions and beyond. If that cap changes, Colonial Downs plans for Dumfries and Danville could grow accordingly.

The historical horse racing machines are powered by an archive of past horse races, but they don’t require any specialized racing knowledge to play. Players can review race statistics before wagering and pick certain horses, or just press a button to try their luck. The games operate under the same pari-mutuel system as live horse racing, where players wager against each other rather than against the house. Most of the money put into the machines is paid back out in prizes, but Colonial Downs keeps a cut and some is set aside for state and local taxes. A portion of the revenue from the machines will eventually be used to support Virginia horsemen’s groups involved in live racing.

“It has become abundantly clear that these Rosie’s Gaming Emporiums are every bit and more what we warned of when we urged the General Assembly not to allow them – miniature casinos filled with slot machines, under the deceptive guise of ‘saving horse racing,'” said Victoria Cobb, president of the conservative Family Foundation of Virginia, which has opposed expanded gaming. “It is no surprise that these facilities are all being placed in lower-income, economically-depressed areas, so that they can take advantage of people who can least afford to lose.”

The referendums don’t appear to have sparked strong local opposition though.

Dumfries Mayor Derrick Wood said that while he personally doesn’t gamble, he believes the Rosie’s would “definitely add value” to the town.

“Close to eight out of every 10 people I talk to are in support of this or are excited about it coming,” Wood said. “The beauty of this one is it’s up to the people.”

Once a major tobacco port, the town’s official website says Dumfries “peaked in size and importance in 1763.” After losing its status as the county seat in 1822, Wood said, the town has “gotten kind of overlooked.”

“Everything has developed around Dumfries,” Wood said. “And this gives us an opportunity to recreate Dumfries. And have people rediscover Dumfries as a destination place.”

Proponents of expanded gambling have argued that allowing it in Virginia would keep players and their money close to home instead of forcing them to leave the state to gamble. Though a Rosie’s in Dumfries would be about half an hour away from the MGM National Harbor casino in Maryland, MGM doesn’t appear to see the referendum as a major threat.

“MGM actively monitors gaming policy throughout the country and is happy to serve as a resource as the commonwealth continues to examine these important issues,” the company said in a statement.

Compared to the $1.5 billion MGM resort across the Potomac River, Colonial Downs came to Virginia two years ago promising a $300 million investment. Colonial Downs, now a subsidiary of Los Angeles-based Peninsula Pacific, a company with casino interests in several other states, purchased the New Kent race track in 2018, shortly after the General Assembly voted to legalize historical horse racing machines. The track, which had been closed since 2014, reopened this year.

Danville Vice Mayor Lee Vogler said he too feels the company’s plans for his city are strongly supported by the local electorate. From what he can tell, Danville residents are well-informed about what they’ll be voting on.

“Essentially they’re little casinos,” Vogler said. “And I mean that in a good way in that they’re very well done. They’re not these kind of fly-by-night places that you see in other states.”

Though Danville was one of a handful of cities that had expressed interest in having a full-fledged casino, Vogler said he wants Danville to stay in the larger casino discussion even if it decides to go for the more immediate option offered by Colonial Downs.

“I think if this passes it makes the case for us even better to have the casino legislation in a few months,” Vogler said. “If our voters approve it, it shows that they want this type of entertainment.”

‘This is what you signed up for.’ Nursing home staff say safety concerns were dismissed as outbreak grew. 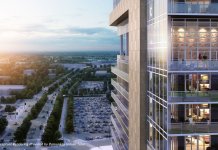 Do Democrats have a rural future?