The Supreme Court just demonstrated exactly how crucial the Nov. 5 election will be for the future of access to safe, legal abortion in Virginia. The court announced it will review a Louisiana abortion restriction nearly identical to one of the Texas restrictions struck down by the court in Whole Woman’s Health v. Hellerstedt just three years ago.

If the court allows this Louisiana law to stand, it will be breaking with its own precedent and dismantling constitutional protections to abortion access. We need state leaders to pass protections to ensure that Virginians will still have abortion access if the Court overturns Roe or renders it meaningless. So it is more urgent than ever that we have reproductive health champions in the General Assembly.

Virginians know all too well the damaging impact that medically unnecessary, burdensome restrictions can have on people’s ability to access to reproductive care. Invasive political restrictions have piled up over decades in our state. Under these laws, abortion providers and the patients they serve have been singled out with layers of invasive restrictions, making it increasingly difficult — and sometimes impossible — to access safe, legal abortion.

That’s especially true for people of color and folks in rural communities that already face the highest barriers to quality care. At Planned Parenthood Virginia PAC, we’re fighting every day to overturn those barriers.

Having elected officials who champion safe reproductive health could ensure abortion access is protected in Virginia regardless of what the Supreme Court does. It also means protecting the important progress we’ve made on access to health care in the past few years.

Having reproductive health champions in the legislature and the governor’s mansion has made all the difference in passing meaningful expansions of health care access. Thanks to their efforts, more than 400,000 Virginians now have affordable health coverage through Medicaid expansion.

Anti-abortion politicians have made it all too clear they’ll stop at nothing to block progress and advance more abortion restrictions. They and their extreme allies are launching false and misleading attacks on reproductive health champions.

Let’s be clear – any claims about abortion later in pregnancy are designed to sow misinformation and advance an agenda to ban abortion outright. These smear tactics ignore how medical care works, just like the anti-abortion policies these politicians want to advance. That’s not what Virginians need or want. Instead, we need legislative champions who support policies that inherently trust women to make private medical decisions with their doctors.

All 140 seats of the Virginia Legislature are up for election on Nov. 5. Absentee voting has already begun. If you’re concerned about health care and reproductive rights don’t stay home on Election Day. 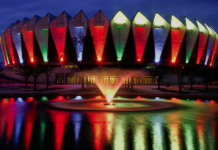