In light of dwindling coal resources and shrinking populations, eco-tourism is becoming an alternative source of revenue in the coalfield counties of Southwest Virginia as residents seek to diversify their economies.

The Southwestern Virginia coalfields — comprised of Buchanan, Dickenson, Lee, Russell, Scott, Tazewell and Wise counties, alongside the city of Norton — lost 73% of their coal production from 1990 to 2017, according to the Virginia Department of Mines, Minerals, and Energy. This has resulted in a major loss in jobs for residents of the coalfields who are packing up and moving out of the region.

Population projections show that the coalfields region will shrink in population by about 13% between 2020 and 2040, according to an analysis of data from the University of Virginia’s Weldon Cooper Center for Public Service. According to the Coalfield Economic Development Authority, this is partly due to an economy reliant on a few industries.

However, residents of the area are turning to the local mountains, crags and cliffs to provide a new source of income. Their efforts were recognized this month when professional rock climber Sasha DiGiulian of Alexandria and over 60 other professional climbers and leaders in outdoor recreation, met with Congressional representatives and policymakers to discuss opportunities, many of which could affect Virginia.

Development of Outdoor Recreation and Ecotourism

Virginia has world-class climbing that could bring adventurous tourists to the region, according to Bradly Mathisen, co-founder and area representative for the Central Appalachia Climbers Coalition. “Traditionally a lot of this region’s been tied to coal and tied to a specific image,” Mathisen said. “And it seems like a lot of towns around here are trying to shift that image to tourism and natural beauty and outdoor recreation.”

Mathisen said that CACC hopes to build on rock climbing in the region as a way of getting residents more involved in the communities they are in and highlighting the natural beauty around them.

CACC has been working to build up the climbing areas with the support of other local climbing organizations and the Access Fund, a nonprofit that promotes responsible climbing, outdoor recreation and conservation efforts in the United States.

Small towns and cities throughout the region are also starting to take part in developing spaces for outdoor recreation and could soon become a national destination for tourism, according to Zachary Lesch-Huie, southeast regional director of the Access Fund. “Outdoor recreation and adventure tourism is being actively promoted by local and state initiatives,” Lesch-Huie said.

Earlier this year DiGiulian, the professional rock climber, worked alongside CACC to help promote a new climbing area in the Breaks Interstate Park, located on the Virginia-Kentucky border in Dickenson County. DiGiulian has spent time developing climbing routes in the park, which she said allows her to give back and have the local economy and businesses participate in eco-tourism.

DiGiulian said “The Breaks” is an example of state-encouraged development within the eco-tourism discussion.

Legislation Pushed at Climb the Hill

DiGiulian joined dozens of professional climbers — including Alex Honnold of California, Tommy Caldwell of Colorado, California native Shelma Jun and Taimur Ahmad, who grew up in New York City  — on Thursday in Washington D.C to talk with Congressional representatives and policymakers at Climb the Hill, an annual event sponsored by the Access Fund and American Alpine Club. The Climb the Hill team pushed on a number of bills, raised awareness, and asked for support from Congressional representatives, according to Lesch-Huie.

These bills will directly affect Virginia’s public lands and outdoor recreation resources, according to Lesch-Huie. For example, they will help streamline the permitting process for outdoor recreation activities in public lands, making the process easier and more accessible to the public, as well as address funding for the maintenance and development of public lands for recreational activities. Issues of conservation and use of public land and water are also addressed in the proposed bills, in keeping with the ultimate goal of preserving them.

Lesch-Huie said the Access Fund and Climb the Hill don’t have official endorsements from any state or national representatives. However, DiGiulian finds that Virginia Democratic legislators Rep. Don Beyer and Sens. Tim Kaine and Mark Warner “do a fabulous job of partaking in this discussion.”

“Virginia is a great steward of its climbing areas,” DiGiulian said. “I see potential for the state to embrace the development of new climbing areas and to continue to support our outdoor spaces.” 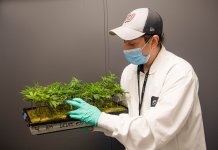 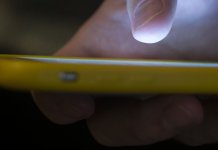 Amid a surge of slots, bingo’s last gasps in Virginia