Two hours into a Sunday afternoon session at Pop’s Bingo World, the hall is less than a quarter full and the charity running the game is on track to lose more than $1,500 after all the jackpots are paid out.

Everyone in the room knows bingo — once Virginia’s only legalized form of gambling and a lifeline for nonprofits like VFW Posts and volunteer fire departments around the state — can’t go on much longer like this.

“It’s just not a popular game anymore,” says Charles Lessin, who runs Pop’s and chairs the state’s Charitable Gaming Board, which regulates bingo games across the state. “I wish I could think of other examples. Pac-Man, maybe. Pac-Man’s not popular now because the other games that compete with it are so much better it’s absurd. Well, that’s bingo.”

And there are suddenly a lot of games competing with bingo. Over the past two years, thousands of unregulated “skill games” that look and function like slot machines have found their way into gas stations and convenience stores around the state.

The state lottery is beefing up its offerings, venturing into smartphone games that can be played instantly in bars, restaurants and other venues.

And, for Pop’s, at least, the biggest hit of all came when Colonial Downs — newly empowered by the General Assembly to bring thousands of its own slot-style games with jackpots that can climb into the hundreds of thousands of dollars — opened Rosie’s Gaming Emporium a mile up the road and plastered the region with billboards. It eventually plans to open six locations around the state.

The developments have left bingo, with its $100 jackpots, florescent lights, ban on advertising and glacial pace of play, squarely at the bottom of the rapidly expanding world of gambling in Virginia.

Catherine Aguon, a regular player at Pop’s, said the place used to be packed. She gestured toward the sparsely populated tables around her and said, “Ever since Rosie’s opened, it’s been like this.”

The retired Merchant Marine arrives to games early and arranges a small basket of good luck charms at the table around her. Tiny stuffed animals from her grandkids. A picture of her five children. A plastic succulent. She said she understands the appeal of Rosie’s, but prefers bingo because, even when she loses, profits from the games support worthy causes.

But with attendance flagging and the cost of prizes and jackpots fixed, it’s no longer a given that a charity will have money enough to donate. State data shows nonprofits around the state have abandoned their licenses to host bingo games. The figure has has dropped steadily from 382 in 2011 to 240 this year.

“All of us nonprofits are talking about leaving,” says Christie Smith, the executive director of Neighborhood Housing Services of Richmond, which used to bring in as much as $6,000 a game, all of which went toward its mission of helping low income people and veterans buy homes. Smith said they’ve only lost money during their most recent games.

A recent meeting of the state’s charitable gaming board sounded at times more like a support group than a regulatory body.

“Bingo is dying — that is not a disputable fact,” said Ken Weisman, the top Veterans of Foreign Wars administrator in the state. “Those machines have that look and feel of a slot machine. That Vegas feel. And people want that. It’s gaming in the modern day. … This isn’t 1950s bingo with the blue-haired Bettys.”

When skill games began entering the market last year, the board passed a resolution expressing concern about the devices and their impact on business at bingo games. They concluded by asking for a meeting with Gov. Ralph Northam and Attorney General Mark Herring.

They didn’t get a meeting. Instead, following complaints from lawyers representing manufacturers of skill games, they got advice from the attorney general’s office that they’d overstepped their authority. They voted to rescind their resolution earlier this year, though, for the record, the remain deeply perturbed. (“How do you take a group of charities and tax them and regulate them and audit them and inspect them, and then tell another group you don’t have to do any of that and don’t have to give any of it to charity?” Lessin said.)

Lawmakers, meanwhile, appeared to take serious notice of the skill games for the first time this week, but only after the state lottery reported the games could eat into its revenue by as much as $140 million this year.

Members of the charitable gaming board hope that as the state embarks on a comprehensive study of gambling in Virginia, some of their long-standing requests will finally get some consideration. Among their goals: end a prohibition on advertising, allow bigger jackpots, drop rules limiting bingo halls to four games a week. And maybe allow them to host poker tournaments, so the charities have a game that’s actually popular enough to bring people in the doors.

“We have not been able to get the attention of legislators for years,” said Lessin. “Now we have their attention, not because of anything we did, but because now they’re receiving massive amounts of money from people who want casinos, (skill games), you name it.”

More than 12,000 eviction cases could head to trial as Virginia rushes to provide rent relief 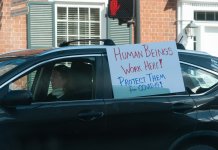 Pandemic workplace safety regulations, first of their kind in U.S., advance in Virginia