Nina Black of Pennington Gap tries on a pair of eyeglasses while volunteer Grace Cangialosi of Ruckersville assists at the RAM Clinic in Wise last weekend. (Mason Adams/ for the Virginia Mercury)

WISE — Nina Black has been coming to Remote Area Medical’s clinic in Wise for at least 12 of the 20 years it’s been running. This year was different: Black was one of about 290,000 Virginians covered under the state’s new Medicaid expansion, making 2019 the first time she’s had insurance coverage in years.

“I’ve got a doctor on a sliding fee scale I can see, but if she has to refer me to another doctor, until I actually got Medicaid, I couldn’t go anywhere,” said Black, who lives in Pennington Gap in Lee County, as she sifted through an array of eyeglasses laid out on a table.

“I get one visit to an eye doctor and one to a dentist, maybe two, depending on how much it costs,” Black said. “I did benefit from the expansion, but it’s still a lot easier for me to just come up here and get free eyeglasses.”

This year’s RAM Clinic in Wise County last weekend marked the first since Virginia implemented Medicaid expansion, as well as the first since RAM founder Stan Brock died last August. In the two decades since he brought RAM to the Wise County Fairgrounds to dispense free dental, vision and medical care, the event has swelled to treat more than 1,000 people each year.

It’s not RAM’s largest clinic, but because of its dramatic images of Southwestern Virginia residents receiving treatment amid livestock stalls, it has attracted a steady stream of national and international media coverage.

Coverage tends to spike during fraught political moments, such as in 2017, when Republicans controlled the White House and both houses of Congress and seemed to be moving to repeal the Affordable Care Act, or Obamacare. That effort failed, and this year — with the charismatic Brock gone and a more complicated health care environment replacing the stark political situation of two years ago — the media spotlight dimmed a bit.

Attendance was down slightly too, with 1,128 people treated over the clinic’s three days, compared to 1,350 last year. RAM spokeswoman Angie John said the clinic delivered $643,166 worth of services this year.

There was still a crowd. Most insurance doesn’t cover vision or dental, so people arrived to wait in line on Thursday, the day before the clinic, for tickets. Only a few dentists were available on Friday, pending the arrival of a contingent from the University of Buffalo. As a result, many were turned away on Friday and told to return on Saturday or Sunday, when they’d have a better chance of being treated.

“We’re also a little short on vision this year,” said Paula Hill, a family nurse practitioner and clinical director of the Health Wagon, a regional free clinic that partners with RAM on the Wise clinic each year. “If Stan Brock was here, we would have had vision professionals, because nobody would tell him no. He would have been calling people across the country, and we would have had the ophthalmologists and optometrists here.”

People traveled from across southwestern Virginia for treatment.

Terry Goins came from St. Paul to get teeth pulled. Sandra Jones traveled from Big Stone Gap to get her hearing checked. Bruce Hill, from Meadowview, waited for a chest X-ray but was primarily concerned about a shoulder problem limiting his range of motion. Patricia Mehdiyoun, from Gate City by way of California and Peru, arrived too late to see a dentist but had received a pap smear and was waiting for a mammogram. Barbara Wilson of Wise has been coming for years and had a plan of attack: see the dermatologist about a couple of worrisome moles, get a lung X-ray, and move on to a couple more stops before heading home.

Some of these patients had no insurance at all. Some had Medicaid, or Medicare, or even employer-provided insurance, but had high deductibles, little access to specialists, no coverage for dental or vision — or in some cases combinations of multiple obstacles to receiving treatment.

“I got to the doctor but I only have Medicare,” Wilson said. “On a fixed income, it’s hard to get the specialists. You pay $35-$40 just to go in, and if they do anything, it’s hard to pay it. It comes down between eating or medical.”

Even as Virginia’s unemployment rate sat at 2.9% in March, the counties surrounding the Wise clinic have suffered from economic distress and depopulation.

Last month the Appalachian Regional Commission assigned the city of Norton and Buchanan, Dickenson, Wise, and Lee counties “distressed” status through at least September 2020. Those are the only five of Virginia’s 33 cities and counties covered by the ARC to be listed as distressed. All five also have seen population loss since 2010, according to projections by the Weldon Cooper Center for Public Service. 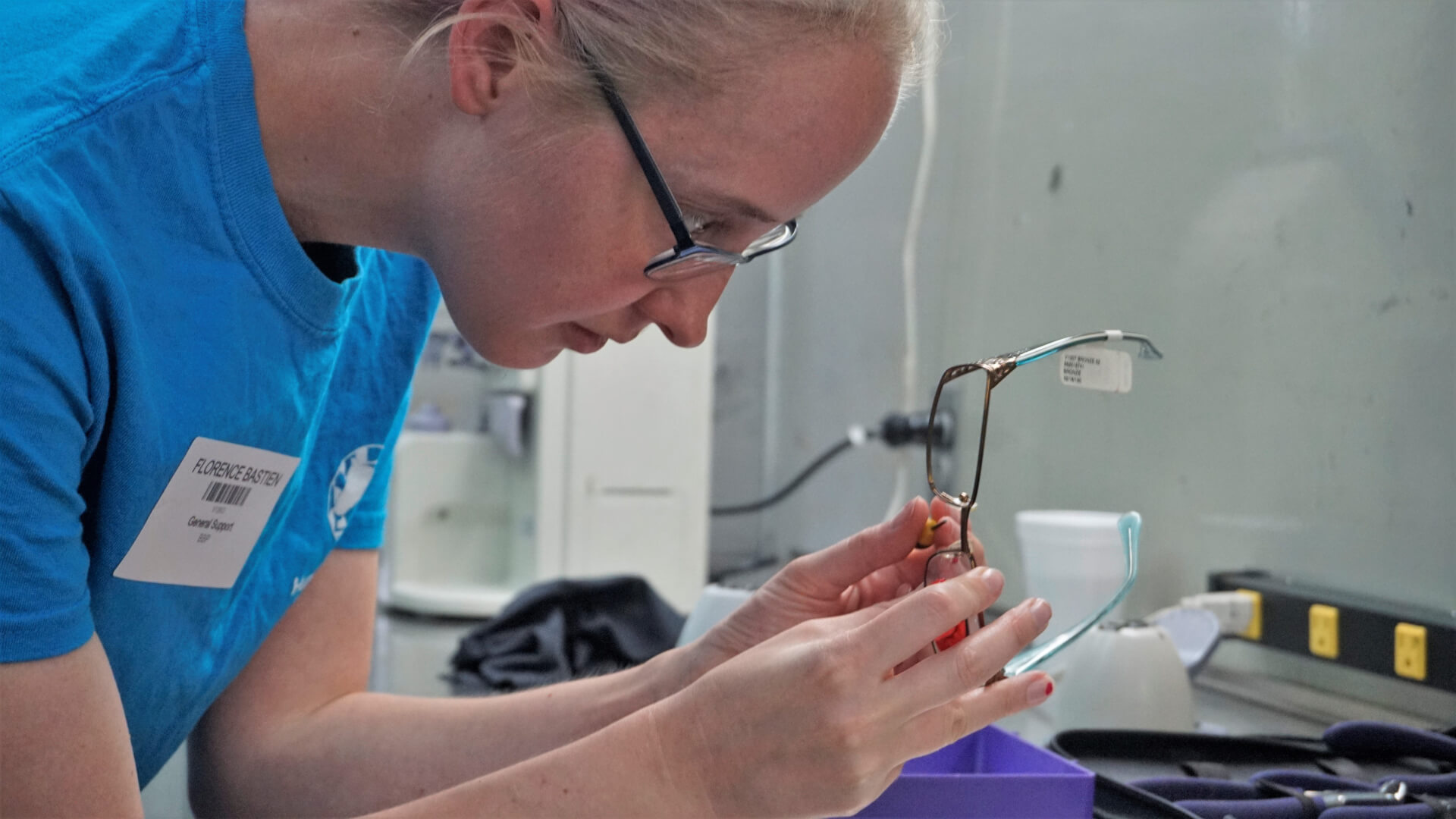 The region also faces a declining number of health care options. The Lee County Regional Medical Center in Pennington Gap closed in 2013. Ballad Health, which came out of a merger between the two dominant health care providers in eastern Tennessee and southwestern Virginia, plans to open an urgent care center at the site in September, with plans to eventually reopen the hospital.

Ballad has also announced it will no longer offer surgeries at Mountain View Hospital in Norton, and it will downgrade the trauma center and neonatal intensive care unit at Holston Valley Medical Center in Kingsport, Tennessee, where patients from southwestern Virginia are frequently taken in emergency situations.

In recent years, RAM has expanded the number of clinics it runs in Appalachia to include more options in southwestern Virginia and eastern Tennessee, including a September event in Lee County that drew 368 people last fall.

Joe Smiddy, a pulmonologist who worked at Holston Valley for 41 years before retiring to devote himself to charity care, including at the Wise RAM clinic, said the future of rural health care could look much like the Health Wagon, with nurse practitioners working in mobile clinics. So far, Medicaid expansion hasn’t changed much, but he thinks it eventually will.

“The thing that Medicaid expansion has done and will do is, we can see people all day long, but we’re just looking at them,” Smiddy said. “With Medicaid expansion, we can do testing. We can get medicine. We can send them for surgery. We can get them to a specialist. Their level of care can go up dramatically, instead of being at a free clinic and looking at a kind and sympathetic person who doesn’t have the resources to get to the bottom of their problem.”

Shortly before noon Friday, Gov. Ralph Northam — who with fellow Democrats and the support of enough key Republicans, especially those from southwestern Virginia, succeeded in helping push through Medicaid expansion last year —  toured the clinic, shaking hands and posing for photos with volunteers, nurses and patients.

As he emerged from a tent, Northam was introduced to Nina Black, the Pennington Gap resident who just received Medicaid coverage this year.

“We need a hospital back real bad,” Black told Northam.

“I know you do,” Northam said.

“Anything you can do,” Black asked.

“We’re working on that,” Northam responded. “We’re all in it together. There’s nothing more important than health care.”

“I just got Medicaid in January or February, one, and I appreciate it,” she said.

In talking to reporters, though, Northam responded to a question about improving health care for rural Virginians not with a call for “Medicare for All” — a solution touted by many of the Democratic presidential candidates in a pair of debates the two nights previous — but by talking economics.

“It’s really about identifying what the jobs, what the businesses of the 21st century are, and then working with our education systems to bring skills to jobs,” Northam said. “We just need to all continue to work together to bring more businesses here. With businesses will come jobs, and with that will come the health care. It’s all of a full package.”

Yet the challenges faced by the people seeking treatment in an increasingly difficult-to-navigate health care system are hardly unique to southwestern Virginia. And RAM CEO Jeff Eastman’s experience suggests that merely boosting the economy won’t slacken the demand for the organization’s mobile free clinics.

“The need is always there, no matter where we go,” said RAM CEO Jeff Eastman. “It’s not an Appalachian issue. We go to some of the richest counties in the U.S., and we still have to turn people away. Upstate New York, Texas, South Dakota: It doesn’t make any difference. It’s everywhere.”

A native of Clifton Forge, Mason has covered Blue Ridge and Appalachian communities since 2001. He worked for Waynesville, N.C.’s Enterprise-Mountaineer from 2001 to 2003 and The Roanoke Times from 2003 through 2012. He’s freelanced since then, with bylines in Politico Magazine, the Washington Post, the New Republic, Vice, Blue Ridge Outdoors, Scalawag, Belt Magazine and many more. He lives in Floyd County.