On Thursday the State Water Control Board has another chance to act on the good intentions its members have expressed – that Mountain Valley Pipeline’s violations and the resulting damages to Virginia waters and landowners must stop. A federal agency can make that happen.

We just need the board to tell those federal officials: “do your job.”

Our seven fellow citizens on the water board have an awesome responsibility. They have the ultimate authority to see that proper state regulations to protect Virginia’s waters are in place and that those rules are enforced.

I have no doubt that if board members were told that dozens of companies had been flouting our water quality laws all across western Virginia for more than a year that they would be outraged and that they would act in any way they could to stop it. The fact that just one company and its hired hands is doing just that should not alter that expectation.

On June 21, Wild Virginia, with allied local groups and individuals, submitted a formal complaint to the Federal Energy Regulatory Commission against MVP.

Based on two main charges, we are asking that FERC revoke or suspend MVP’s federal authorization to continue construction. In concert with that request, we also ask for a project-wide stop-work order, measures to force the company to fix, to the extent possible, the damage it has caused and impose penalties sufficient to show MVP and other companies such behavior will no longer be tolerated.

Under FERC’s rules, the public is to have a chance to weigh in on this complaint. The State of Virginia can become an official party in this case, by intervening and back up its citizens.

The board can decide to take this action on Thursday and we assert this is the best way for that body to live up to its duties in relation to this project. This does not denigrate or devalue the enforcement lawsuit the state has brought against MVP. It supplements it. It seeks to have FERC take a necessary step beyond the point where Virginia officials believe their powers stop.

The two categories of MVP’s violations: First, pipeline construction is continuing despite the fact that MVP lacks federal permits that are supposed to be pre-conditions to any construction. The courts said approvals to dig and blast through streams and wetlands and to slash across the Jefferson National Forest were legally invalid. They told the corps, the Bureau of Land Management, and the Forest Service to go back to the drawing board and make decisions properly based on the law and the facts.

Those federal agencies must go through processes to analyze whether this project can meet the laws they are to enforce, and they may not pre-judge those questions. Despite MVP’s bluster assuring all that it will get those permits and be able to move forward, these are not foregone conclusions.

Water board members must realize that this pipeline may never be completed or that its route may be changed substantially.

If either of those things happens, some or all of the harms inflicted along the current path of destruction will have been for naught. In any case, construction must stop now and the commission has a duty to make that happen. The board should say so and be ready to advocate that position as an intervenor before FERC.

The second category of violations requiring FERC to stop construction on MVP is a pattern of repeated and frequent violations of laws intended to protect the environment and landowner’s properties. These violations started as soon as MVP workers hit the ground and they continue to this day.

The Virginia DEQ documented hundreds of those violations for the period extending through late 2018, when its lawsuit was filed. Since that time DEQ, FERC, and members of the public have documented many more failures; failures of MVP to install the pollution control measures they promised they’d install, failures to maintain the structures they did put in and the failure of controls to work, even when installed according to plan.

The pattern MVP has set goes well beyond any particular violations. Individual problems can be and sometimes have been solved. The overriding problem with MVP is that the very same problems continue to occur time after time and place after place.

If MVP had learned from its failures, showed a commitment to act responsibly and, where necessary, developed designs that would work, the violations of last May and June would not be recurring this summer.

Together, MVP’s continued bad behavior and the repeated and ongoing failure of its designs, can only mean more of the same unless the pipeline is stopped now. (The exhibits submitted with the formal complaint to FERC show the vast number and variety of MVP’s violations).

FERC must take strong and decisive action. That’s why we have filed our formal complaint. Enforcement actions that just respond to violations already committed are not enough. Our state and federal laws require that harm be prevented and our public servants must insist on it.

The State Water Control Board can and must intervene in the FERC process citizens have started and it must call for a stop to the abuse being heaped upon state waters and landowners by MVP. 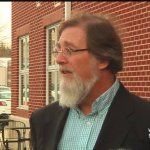