Last week, New York passed legislation committing the state to 100% carbon-free electricity by 2040 and net-zero carbon emissions throughout the economy by 2050. This progressive environmental policy stands in stark contrast to the shenanigans of the Commonwealth of Virginia. Last Friday, our Air Pollution Control Board granted a new permit for the largest natural gas power plant in Virginia, and one of the largest in the United States.

Proposed by the Northern Virginia firm Balico, Chickahominy Power Station is slated to be up and running by 2022, and it would generate more than 1600 megawatts of electricity using fracked gas piped across the state from the Marcellus shale region. Investors say that this energy will supply data centers and the technology industry being built in our region, despite the fact that companies like Amazon and Facebook have promised to shift to 100% renewable energy.

Based on Balico’s own projections, the Chickahominy power plant will emit nearly six and a half million tons of carbon every year. Virginians are already threatened by sea level rise and extreme weather from climate change; investing in new fossil fuel infrastructure will accelerate this crisis.

The sheer size of the Chickahominy project is staggering. As of 2016, the entire Virginia electric grid was responsible for 33.6 million metric tons of carbon pollution annually, so Chickahominy will increase that pollution by nearly 20%. To compound the problem, another approval had already been issued for another gas plant up the street from the Chickahominy power plant, a C4GT plant that will emit 4.2 million tons of carbon annually. Virginia has no business green-lighting over 10 million annual tons of new carbon emissions.

Just in April, the DEQ set a carbon cap of 28 million tons for the state energy grid, with the goal of reducing that pollution by 30% by 2030. It is a sign of Virginia’s regulatory chaos to have the director of the DEQ, David Paylor, praise the carbon limit, saying, “the Commonwealth of Virginia has taken a huge step toward protecting the environment and public health for Virginians” but then fast-track permitting for another fracked gas plant that will add a huge load of carbon to the atmosphere.

While the project will have an enormous impact on Virginia’s environment, only a handful of people attended the public hearing and approximately 100 comments were submitted to the DEQ during the comment period. DEQ policy, which focuses on rigidly controlling the permitting process rather than transparency and community input, dictates that only those individuals who submitted comments were allowed to speak at the board hearing on Friday.

Many Charles City residents only learned of the project in the week before the hearing, and once they learned of it, they wanted their officials to know they were opposed.

While the DEQ claimed Balico met statutory requirements to inform the community about the emissions from the proposed project, an article by Sarah Vogelsong last week in the Mercury suggested otherwise, and Roy Hoagland, the sole member of the Air Board who voted to oppose the permit, cited the lack of transparency and specifically Balico’s failure to appropriately inform the county’s African-American community to explain his vote.

The DEQ, the agency charged with protecting Virginia’s environment, does everything it can to usher energy companies through the regulatory process, rather than actually question whether these permits pose a danger to the environment and the communities of Virginia. Sadly, the proceedings at the Air Board hearing on Friday seemed like a repeat of the Buckingham Compressor Station nightmare.

On Friday, the DEQ put every effort into supporting Balico’s application and silenced community opposition to the project. The DEQ argued “the air pollution emissions from this facility, as proposed, are not expected to cause injury to or interfere with safety, health, reasonable use of property, visibility, or to impact soils or vegetation.”

While the carbon emissions from this plant will threaten all of us, it would also spew 211 tons of volatile organic compounds each year, endangering Charles City residents, especially the elderly, babies, and children, with respiratory and immune disorders.

It’ll also contribute 407 tons of nitrogen oxides — air pollutants– to the atmosphere annually. Putting two power plants so close together (with a landfill that leaches toxic waste mixed in for good measure) could doom the residents of this community to toxic air and contaminated groundwater for generations.

Despite the consequence to the community, the Air Board hearing, which was scheduled for the middle of a workday and a 40 minute drive from the site of the proposed facility, was anything but accessible.

When Charles City residents sought permission to speak in opposition to the permit, they were denied a chance to even make a public comment, because they hadn’t submitted comments during the sanctioned period. Like Union Hill, the rural community of Charles City County is majority minority, although the DEQ offered outrageously distorted statistics to suggest that the surrounding area is both predominantly white and far more affluent than it actually is.

While the Board of Supervisors of Charles City County sees these projects as potential tax revenue, the residents I’ve spoken with are frightened about the health risks, property values and environmental hazards posed by the projects.

When Virginia officials make decisions that will impact our air and water quality and the future of our climate, they should look for more citizen involvement, rather than adopt a policy of “hush and hurry.”

They should not veil the regulatory process in secrecy, while working to support corporations that intend to pollute our air and water.  The emissions projections make it clear that building the Chickahominy Power Plant will be a catastrophe for Virginia, and especially for Charles City County. The decision to permit this project was unethical and definitely undemocratic. 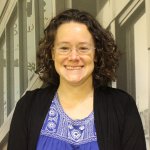 Elizabeth Kreydatus is an associate professor in the Department of Focused Inquiry, University College, at Virginia Commonwealth University.