Gov. Ralph Northam has just announced the formation of a new commission charged with identifying and recommending fixes for racial inequities in Virginia law. This would be a long-needed and utterly critical step by the commonwealth; however, the true success of such an initiative is far from certain — especially based on this governor’s record on environmental justice.

The Northam administration likes to give itself an “A” when it comes to initiatives on environmental protection. Virginia state officials frequently point to legislation that has passed pertaining to clean energy, energy efficiency, conservation strategies and environmental justice. While it is true that the state has made some incremental progress, we believe this administration is grading on a curve and rose-tints its overall environmental record. We rated this same administration and gave it a failing grade.

The administration has interesting interpretations on its progress. For example, Secretary of Natural Resources Matt Strickler recently pointed to the bipartisan agreement requiring cleanup of 27 million cubic yards of coal ash that threatens Virginia’s water resources. What he didn’t mention is that this coal ash “solution” pushed the cleanup cost on to ratepayers while Dominion Energy continues to rake in profit. How is this a solution if it does not hold those responsible for the damage accountable?

The state has still not addressed the dangers of coal dust either. Facilities are still poisoning the most vulnerable residents in Norfolk and Newport News. We need air monitors and a protective wall with a plan to phase out coal dust at these facilities ASAP.

There are a series of glaring absences from the state’s so-called environmental progress. Countless citizens are being exposed to elevated lead levels in the Hampton Roads area, and children in Richmond Public Schools are being exposed to harmful levels of lead in their schools’ drinking water.

This administration, starting with the governor himself, has been conspicuously silent on the serious environmental racism concerns raised by the communities of Union Hill and Suffolk, where people of color would suffer direct negative impacts as a result of the Atlantic Coast Pipeline.

Environmental justice is still clearly not a priority for the state. Administration officials praise themselves for creating the Virginia Environmental Justice Council.

But we believe that there has been a poor transition from the first iteration of this council to the new one. The state has completely ignored most of the considerations from the first council’s report and recommendations from last year. It is offensive to assign four new topic areas before this new council meets and without first asking the public, particularly communities who are directly impacted by these life-threatening concerns.

The Virginia Department of Environmental Quality recently announced the appointment of an environmental justice consultant as if it has a “communication problem.” The DEQ must face the fact that it has a structural and institutional racism problem.

The state has been consistently tone deaf when it comes to racism. An example of this is Gov. Northam’s creation of the Virginia African-American Advisory Board with no involvement from the DEQ. It is almost as if the state believes that environmental racism is not an issue that they need to address. Not only is this an incomplete focus for environmental justice, it siloes the topic and does not address the full scope of what is meant by “justice.”

These orders read merely as platitudes or pretty words on paper and have no teeth to achieve any real long-term success. Secretary Strickler continues to evade the residents whom he claims to be helping. As the Coordinator of the Virginia Environmental Justice Collaborative and a representative of community voices, I cannot even get him to agree to meet with me.

It is clear that Governor Northam and Secretary Strickler have different definitions from us when it comes to a passing grade on environmental justice.  In our eyes, the state has not met the grade and still has a long way to go until it can truly say that it is a leader on environmental protection. 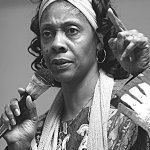 Queen Zakia Rafiqa Shabazz is an author, educator, lecturer, wife and mother of six. In 1996 Mrs. Shabazz discovered that her young son had been poisoned by lead, prompting her to establish the Virginia Chapter of United Parents Against Lead, which evolved into United Parents Against Lead & Other Environmental Hazards. She currently serves as coordinator of the Virginia Environmental Justice Collaborative.

Across cultural lines, home schooling has boomed since… by Jeff South January 3, 2022
Cheat sheet: Youngkin and McAuliffe on the issues by Ned Oliver November 1, 2021
Can Southwest Virginia remake itself as a laboratory for… by Sarah Vogelsong September 20, 2021