Once again, our state is reeling from the epidemic of gun violence.

Our hearts are with the community of Virginia Beach, where so many of us Virginians have spent time relaxing and enjoying life near the ocean in what feels like a small town. Reading about the lives of each of these victims over the weekend has been heartbreaking. What is worse is knowing the simple truth that it does not have to be this way.

Just this year, a bill introduced in the Virginia General Assembly would have banned sales of large-capacity magazines, just like the one used by the gunman in Virginia Beach. It was rejected. That was one of a host of life-saving bills introduced by gun safety champions year after year that would save lives from gun violence, lives lost in communities across the nation that often do not even make the news. The corrupting influence of the NRA and the gun lobby has stonewalled gun violence prevention bills time and time again.

Here is what we know: Virginia has the chance to change this in November, just as voters across America changed things in November of last year by electing a gun-violence prevention majority in the U.S. House of Representatives. That includes right here in Virginia, with the elections of Jennifer Wexton, Abigail Spanberger, and, now representing Virginia Beach, Elaine Luria, all of whom defeated NRA A-rated politicians.

Reps. Wexton, Spanberger, and Luria all delivered on their promises when they voted for federal legislation to expand background checks to private gun sales. They’ve stepped up and supported common sense legislation to keep people safe. Each one of these women represents gun owners, hunters, and veterans, but their constituents know that there is a difference between respecting the Second Amendment and allowing the NRA to block every sensible gun reform law because profits matter more than people.

We still have much to learn about the shooting that took the lives of 12 innocent Virginians. We don’t know what combination of measures might have prevented this shooting. But what we do know is that members of the Virginia legislature have repeatedly blocked legislation for years that would have made a difference. They could have acted after Virginia Tech, after Appomattox, after Roanoke, after Alexandria. Now, they must act after Virginia Beach. It’s time to take action, not sides.

Virginian voters made their voices heard two years ago when they elected gun violence prevention champions across the state. But because of a coin flip, we still have a legislature that doesn’t reflect our needs and our desires. Just as it’s been for years, we still are seeing live-saving bills blocked from even getting a vote. It’s time for that to change. This November, every Virginian voter should focus on what their candidates are saying about gun reform. Do they put profits before people? Do they pocket the gun lobby’s money and look the other way? Do they vote with the NRA over victims of gun violence? This fall, if you want to represent us in Virginia, only gun violence prevention champions need apply.

And if our elected officials once again fail to act, it won’t be too early to make our voices heard in November. 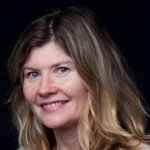 Kris Brown is president of the national gun violence prevention organization Brady. A lifelong Virginian, she and her daughters live in Arlington.

Across cultural lines, home schooling has boomed since… by Jeff South January 3, 2022
Can Southwest Virginia remake itself as a laboratory for… by Sarah Vogelsong September 20, 2021
‘Epidemic’ of gun violence prompts call for Virginia to use… by Graham Moomaw July 19, 2021