FLOYD — Voters in Southwest Virginia’s open 4th House District will get a new delegate this fall, with a Republican contest that’s turned into a streetfight ahead of next week’s primary, and a Democratic candidate waiting in the wings.

The winner of the Republican nomination, contested by third-generation candidate William Wampler III and Russell County supervisor David “Peanut” Eaton, will head into the November election with a partisan advantage. The 4th District, which includes Dickenson County, and parts of Washington, Russell and Wise counties, is a Republican stronghold that was President Donald Trump’s third best in 2016, when he won 77 percent of the vote.

The Democratic candidate, physician Starla Kiser, boasts an impressive resume for a first-time candidate and could provide the toughest challenge to Republicans since they took the seat in 2013.

In the primary contest so far, Wampler has run a traditional campaign with robust fundraising, endorsements from local and state officials, and a stream of Facebook posts touting gun rights, respect for veterans and photos of the region. Eaton’s Facebook page features those kinds of posts as well, but he’s leaned harder on his support for Trump, including the president’s photo on a campaign billboard and featuring his image in a campaign ad.

That ad, posted on Eaton’s Facebook page Wednesday evening, goes hard after Wampler’s relative inexperience and a string of arrest reports for what look to be alcohol-related incidents: urinating in public, illegal purchase of alcohol, public intoxication, use of a fake ID and hindering an officer.

A black-and-white image of Wampler appears against a stormy backdrop along with the text, “Will Wampler is too immature & inexperienced to trust with our children’s future.” The ad also includes an image of Trump and the National Rifle Association’s insignia. It concludes with a candidate disclaimer with a logo for Friends of Coal, a marketing campaign linked to coal trade organizations.

A spokesman for Wampler’s campaign said Wampler wasn’t available for an interview because he was too busy campaigning door to door in the district.

But the campaign did send a statement that included this response to the ad: “Will’s opponent, David Eaton, is engaging in a desperate smear campaign to distract voters from the fact that he has supported Democrats at the local, state and national level. With a one-seat majority in the House of Delegates, voters deserve a representative who will stand up for their values on life, the 2nd Amendment, and supporting our president’s agenda for economic growth here. Will Wampler can be counted on to do just that. David Eaton may say that he shares Republican values, but his voting record says otherwise.”

Neither Eaton nor Kiser responded to interview requests by email, Facebook message, or phone calls to their respective businesses.

The recent history of the 4th District stands in for what’s happened over much of southwestern Virginia.

The district seat was held by Democrat Joe Johnson until his retirement in 2014. In his last election, in 2011, Johnson ran unopposed and won 99 percent of the vote.

In 2013, Republican Ben Chafin ran unopposed and won 98 percent of the vote, which has to be close to a record for an election-to-election partisan swing within a district. When Chafin was elected to the Virginia Senate after Phil Puckett resigned in 2014, Todd Pillion won a special election in the 4th. Pillion now is running for the 40th Senate District, left vacant by the retirement of Bill Carrico.

The Republican primary in the 4th has turned into a bruising struggle that can stand in for the divisions facing the GOP statewide.

Eaton announced his candidacy first and has pitched himself as a “Trump Republican.” On a billboard outside Abingdon, Eaton’s face appears alongside the president’s, with a list of bullet points laying out his qualifications: Coal miner, farmer, business owner, pro-Trump.

Eaton sits on the Russell County Board of Supervisors, where he is vice-chairman, and owns Cable Plus Inc., which provides internet, cable and phone service in four coalfield counties. Eaton wrote in his announcement that if he doesn’t receive the nomination for House of Delegates, he will seek re-election to the county board.

Will Wampler got his law degree in 2016, clerked for Virginia Supreme Court Justice Elizabeth McClanahan and worked for McGuireWoods Consulting before moving from Richmond back to Abingdon to open his own law firm in the fall. Wampler was also registered as a lobbyist from 2016 through 2019, according to the Virginia Public Access Project, with clients including the Virginia Growth and Opportunity Foundation, the Richmond Raceway and the Northern Virginia Transportation Authority.

In the announcement of his candidacy, Wampler complained about “divisiveness and a lack of direction” in modern politics. “Building off the hard work of so many others who have gone before me, I’m here to drive some positivity and forward thinking back into the political sphere,” Wampler wrote.

Those figures include loans, which comprise a significant amount of Eaton’s fundraising. As of May 30, Wampler had $25,960 in cash on-hand and Eaton had $782. Del. Terry Kilgore, R-Scott and Carrico, the retiring Republican senator from Grayson, have endorsed Wampler, while Del. Will Morefield, R-Tazewell, has endorsed Eaton.

The winner of Tuesday’s primary election will face Kiser in November. Kiser grew up in Dickenson County and went to college in eastern Tennessee before moving to California, attending medical and graduate school at Harvard in Boston, and then studying and working in work in India, Kenya, Tanzania and South Sudan. Kiser returned to southwestern Virginia last year to open Healios Health Center in Wise County.

Her clinic doesn’t accept insurance or charge fees for service, but instead charges patients a monthly rate. Kiser’s campaign finance report shows only $217.50 in loans to herself.

Kiser is the first Democrat to run for the 4th District seat since the 2014 special election won by Pillion, and only the second since Johnson left office. 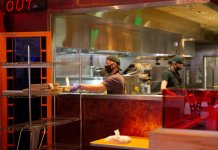