And children seeking treatment are facing the same problems, with one big difference. Only one state psychiatric facility accepts children: the Commonwealth Center for Children and Adolescents in Staunton.

With 48 beds, the center has been forced to adjust to the reality that more children and teens are being admitted for treatment involuntarily through temporary detention orders, or TDOs, than ever before. They’ve limited other types of admissions so very few voluntary patients are treated there.

“We do occasionally take a transfer from a private hospital, rarely a voluntary admission,” said Dr. Jack Barber, the facility’s acting director. “What the center’s task (is), primarily, at this point, is stabilization after a crisis. It’s no longer a place where people are going to stay for weeks and months and get psychotherapy and that sort of thing.”

The shift of focus adds to the sense that Virginia’s mental health system is lopsided in favor of crisis care.

Some parents, whose child would otherwise have been a voluntary placement, may seek treatment via a temporary detention order if they think it’s their only option, said Margaret Nimmo Holland, executive director of Voices for Virginia’s Children.

“When a child really needs treatment and a parent can’t get it any other way, and they can’t get in the front door, they’re going to find another way to get in,” she said.

“And you can’t blame them. They’re going to do anything they can to help their kids.”

The vast majority of children have behavioral problems, not psychotic illnesses

Fewer than five percent of the patients at the Commonwealth Center actually have a psychotic illness. The vast majority have behavioral problems, and they wind up with a detention order because no other provider in the state can manage their aggression, Barber said.

“Most of the kids who come here are not acutely ill,” he said.

“They have ongoing difficulties and what has happened is that they either become acutely frustrated, anxious, confused, disappointed, disrespected and they have had a behavioral crisis during which they’ve, typically, become aggressive toward other people, made threats toward other people and, occasionally, threatened themselves.”

Many of the children have experienced trauma, he added. Some of their diagnoses include generalized anxiety, attention-deficit/hyperactivity disorder, depression or post-traumatic stress disorder. Few have the psychotic illnesses commonly seen in adult hospitals, where people may experience symptoms like delusion or paranoia.

As of last week, the facility has had 993 admissions in this fiscal year so far, more than the entire 2018 fiscal year. Only about 12 to 15 of the admissions this year were not TDOs, according to the Department of Behavioral Health and Developmental Services.

The increase is concerning, Barber said, because a busy children’s hospital unit is not ideal for someone with a diagnosis like autism, for example.

“Everybody understands that, you know, in a crisis there may be nothing else that can be done because they’re too aggressive to be accepted somewhere else,” Barber said. “But I think it would be much better for them if they didn’t stay very long here, if there was some place they could go that would be more settled, more consistent.”

With shift to stabilization, kids are staying for shorter periods of time

To adjust to the primary focus of stabilization after a crisis, patients are getting support and acute treatment in a very short time frame. In 2015, the average length of stay was about 16 days. Last year, it was only nine days.

But that doesn’t apply to all the kids treated there. The facility struggles with children who are “stuck,” Barber said, waiting for out-of-state placement. Though the average length of stay is less than 10 days, some patients are staying for six weeks to several months.

“No one in Virginia will accept them,” Barber said. “Usually because of their histories. They have aggressive histories and so they get denied by all the in-state providers. … These are kids who need residential treatment or residential support and have not been safe in the community.”

One bright spot for the Staunton facility, though, is its workforce. As of 18 months ago, Barber said, 50 percent of the nursing positions were vacant.

Now they’re full, as are the psychiatrist and psychologist positions.

“A year and a half ago the center was in pretty difficult straits because we did have staff who were being injured, we had staff working mandatory overtime, we didn’t have full treatment teams,” Barber said. “It was a very difficult spring in 2018.”

Two major efforts have helped improve the staffing numbers: making good use of international recruitment to stabilize the registered nurse workforce and significant improvements to the work environment.

Barber said the hospital has made an effort to improve communication, have regular meetings and avoid mandatory overtime. The changes have worked: The facility is now getting more applications than people it can hire for some direct care jobs, which can be difficult to fill.

The solutions are the same

While the challenges facing kids who receive a detention order are slightly different than adults, the solutions are largely the same: They need to be prevented from coming to the hospital in the first place.

According to Mental Health America’s 2019 report, 63 percent of the children in Virginia who experience a major depressive episode — characterized by a two-week period in which a person experiences a depressed mood and symptoms like problems sleeping, eating or self worth — did not receive treatment. Of those who did, only 20 percent were treated consistently.

Getting a detention order is an inherently traumatizing experience, Holland pointed out. The kids are separated from their families, often they lose access to their belongings and they must be transported to the hospital in the back of a law enforcement vehicle, handcuffed.

“It’s a really painful thing for families to talk about,” Holland said. “Kids have developing brains, so trauma you experience as a child has lifelong mental and physical health repercussions.”

Almost all the kids at the Commonwealth Center have gone through some troubling times, Barber said. They need a range of additional supports that aren’t readily available everywhere: outpatient work to help them with their behavioral skills, psychotherapy or work on their trauma histories, among others.

“Sometimes it’s just teaching them how to manage their frustration, how to help them feel more comfortable in their own skin,” Barber said.

“It’s not just once-a-week seeing the psychiatrist or something. It needs to be much more encompassing to develop the ability to tolerate frustration or rejection or be a little less sensitive or see what they might be able to accomplish so they have some hope and meaning and motivation.” 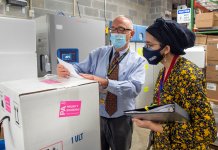 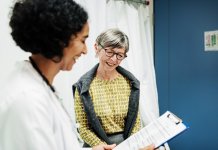 More kids are being admitted to the state’s psychiatric hospital for children. But few have psychotic illnesses.

About 323,000 will remain uninsured after Medicaid expansion. Will Virginia’s free...