Shaquana Bethea, a 22-year-old who makes just over minimum wage working as a home healthcare aide, showed up to court to fight an eviction lawsuit this week with only her mother in tow for advice and support.

She left the courthouse with a free lawyer, who will help her mount a defense after investigating her claims that she was locked out of her apartment months ago after a fire.

“How can I pay rent for a damaged house I can’t stay in?” she asked.

Tenants facing eviction in Virginia are almost never represented by lawyers. But that’s about to change as a flood of cash begins to flow to legal aid groups around the state to hire attorneys to take on more housing cases, establish an eviction help hotline staffed by hundreds of volunteer lawyers and — in two courthouses — open offices right outside the doors of courtrooms where thousands of eviction cases a year are processed.

Those courthouse offices are how Bethea met her lawyer, Janae Craddock, a newly hired housing outreach attorney at the Central Virginia Legal Aid Society who will primarily work out of a converted storage closet in Richmond’s civil district court.

“I will be doing everything short of hanging a sign on my chest to let people know we’re here and available to assist,” she said as she milled around the lobby outside the courtrooms inspecting dockets and trawling for potential clients.

Advocates say money to pay for all the new legal help was prompted by a Princeton University study that found Virginia’s cities have some of the highest eviction rates in the country.

A donation from a Northern Virginia law firm will fund Craddock’s position in Richmond, a similar position and office in the Newport News courthouse as well as a third position at Virginia Poverty Law Center, which is establishing a statewide eviction help line that will be staffed by a full-time attorney augmented by hundreds of lawyers who are volunteering their time to answer questions on a pro-bono basis.

Another grant from an organization called Equal Justice Works will fund six positions in legal aid offices in central Virginia. Finally, a state budget amendment proposed by Gov. Ralph Northam will pay for another 17 housing lawyers who will be stationed in legal aid offices around the state.

“It’s a lot,” says Christie Marra, a staff attorney at the Virginia Poverty Law Center who is leading a statewide campaign to reduce evictions.

She said that while many cases rise and fall on a tenant’s ability to pay rent, advice from a lawyer and their participation in negotiations with landlords can make a big difference, and that help is something that’s historically been hard to come by for low-income tenants facing eviction.

She pointed to a study released last year by the National Center for State Courts, which found that both sides in civil cases are represented by lawyers just 1 percent of the time in district court, where eviction cases are heard. When a lawyer is involved, they almost always represent the person filing the suit, be it a landlord or debt collector, and they usually win the case, the study found.

“Poverty, and the concomitant inability to retain counsel, creates a significant barrier to successful outcomes for unrepresented poor litigants in Virginia’s courts, notwithstanding the best efforts of our judges to treat all litigants fairly,” concluded John Whitefield, the director of Blue Ridge Legal Services, in a summary he sent the Virginia Supreme Court.

That said, having more lawyers in the mix won’t solve everything, as Craddock’s first few days in her new office in the Richmond courthouse this week illustrated.

She advised one tenant whose landlord sued to evict her 62 times since 2012 to focus her energy on finding a cheaper apartment. The woman, who did not want to be named for this story out of fear of upsetting her landlord, had always been allowed to stay after paying her rent late, plus fees and court costs, which over the years have totaled just over $6,000, according to court records.

“Unfortunately, I’ll tell you right now, it will probably be best if you start looking for something you can afford,” she told the woman.

Help on the money front, however, is coming, too — at least to Richmond. City leaders included $485,000 in funding in the budget they approved this week for a pilot eviction-diversion program that will provide direct financial help to people being sued for eviction.

It’s aimed at preventing people who face unexpected financial hardship from falling permanently behind. “We’ll provide one-time assists to people who can otherwise afford the apartment that they’re in but for a medical bill or a car repair,” said Heather Crislip, the executive director of Housing Opportunities Made Equal, a Richmond fair housing group that will administer the program.

She said the cash — the group estimates they have enough to help in about 500 cases — will be paired with a short but mandatory class on financial literacy and tenants’ rights.

“Making sure tenants know financial literacy, but also know their rights, is really important to us,” she said. 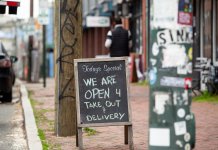 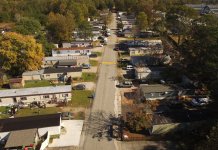