Like each of Virginia’s psychiatric hospitals, Central State Hospital in Petersburg is almost always near capacity. But thanks to a broad effort to rightsize Virginia’s entire behavioral health system, Gov. Ralph Northam’s new plan to replace the outdated facility might actually cut the total number of beds.

Following a brief tour of one of the buildings on the 600-acre campus Monday, Northam announced plans to propose budget amendments that would use bonds to cover the cost of replacing the facility within five years, a $315 million endeavor.

His new proposal addresses two of legislators’ concerns that prevented the funds from being included in the original budget: That it would take too long and cost too much. The General Assembly will reconsider the new proposal when it reconvenes April 3.

“I think there is general consensus that we need to move forward, and we need to do it now,” Northam said.

Right now, Central State has 277 beds, but Northam’s plan would reduce the number to 252 beds initially, all in single rooms, while leaving some flexibility to add another 48 if necessary.

The goal, said Secretary of Health and Human Resources Daniel Carey, is to prevent people from winding up in the hospital in the first place by investing more in community-based services.

Over the past few years, state mental hospitals have been dealing with dangerously high census numbers due largely to the sharp increase in temporary detention orders statewide.

For Central State, the upgrade is desperately needed, as staff told Northam, along with Sen. Rosalyn Dance, D-Petersburg, and Del. Lashrecse Aird, D-Petersburg, during their tour. As buildings crumble on the massive campus, and some remain vacant, patients must share rooms and a sparse living area boasting glaringly white walls and an occasional poster of an animal.

“It’s like they’re put in jail,” Dance observed as she looked around one of the rooms. “‘You said you were going to help me, but you really put me in jail.’ Because I don’t think any of us would like to live under these conditions.” 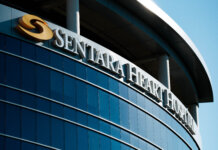 In push for a new mental hospital, Northam banks on keeping patients away in the first place