Ultimately, three words led to the downfall of hands-free driving legislation that lawmakers hoped would finally allow police to crack down on widespread use of phones while driving.

Legislation banning drivers from holding a phone for any reason passed the House.

And it was poised to pass the Senate when an apparently innocent amendment was tacked on to specify the exact appendage lawmakers were hoping to target, inserting the words “in his hand” before the word “hold.”

It was the beginning of the end.

The House rejected the Senate’s tweak.

A group of lawmakers from each body was assigned to work out the differences.

And then they came back with a very different piece of legislation.

For one, the lawmakers eliminated the hands-free part of the bill.

Under the compromise agreed to by the small group, drivers would still be able to hold a phone to their ear to carry on a phone call, a concession to skeptics, including, Sen. Mark Obenshain, R-Rockingham, who said the original proposal went too far.

“Texting, reading texts, dialing numbers by hand, scrolling through your phone book – all of that is clearly the kind of behavior that we need to eliminate,” he said. “But talking on your phone is functionally no different than eating a hamburger in your car.”

The change did not go over well in the House.

“So this does allow for some use of the phone, but it does not allow for the use of the phone to enter, view or read data,” Del. Chris Collins, R-Frederick, who has worked on the legislation for year, conceded to his colleagues on the floor.

Democrats called it “equally distracting” and liable to lead to more driving-while-black stops.

Members of the black caucus said the change made the charge too-subjective, reviving concerns that the law would be used disproportionately to target drivers of color – the same concerns that sunk last year’s attempt at the legislation.

Del. Vivian Watts, D-Fairfax, said police she had heard from said an approach that allows any use of hands wouldn’t work. “As soon as (an officer) signaled for you to pull over, you just press the button and now you’re talking on the phone and that’s legal under this bill.”

And with that, the House voted down the legislation 45-50.

“It’s disappointing, but I look forward to continuing the conversation and trying to convince the people who were naysayers on this that it’s a public safety issue and not a government intrusion issue,” he said.

In 2017, there were 26,123 distracted-driver involved crashes that killed 208 people, according to the Virginia Highway Safety Office.

CORRECTION: This article has been updated to correct information that was quoted from a section of a report from the Virginia Highway Safety Office. 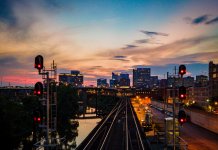 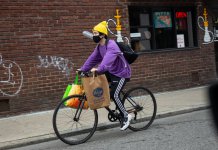 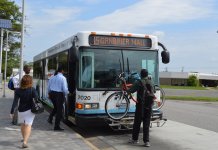 Norfolk is the next Virginia city to tackle a bus route redesign. Will more follow?

The three words that killed hands-free driving legislation in Virginia