In 1985, a low-income family of three getting cash assistance from the state would receive an average of $291 a month. If that amount kept pace with inflation, it would be $676 today.

“However, a three-person Virginia family is only getting $314 a month on average,” said Salaam Bhatti, a public benefits attorney with the Virginia Poverty Law Center.

The Temporary Assistance for Needy Families, or TANF, program provides cash assistance and other supports like child care to low-income families. This year, the Senate has proposed increasing TANF benefits for families by five percent, which advocates are hailing as a step in the right direction, even if it is a modest increase compared to the rising cost of living.

TANF is funded by block grants from the federal government with matching state dollars, but Virginia can carry over the money it doesn’t spend every year.

“The $136 million surplus is a slap in the face of needy families,” Bhatti said.

According to the Commonwealth Institute, in 2016 Virginia used just 61 percent of its TANF dollars for core benefits like child care, cash assistance and work support. The state has sent some of the funds toward other priorities, like nonprofit grants and tax credits.

Some hesitate spending the TANF surplus because they want it to be the state’s safety net, Bhatti explained, in case a national recession hits, for example, and the federal government doesn’t provide as much funding.

But there are some especially vulnerable populations who rely almost entirely on TANF. Allison Gilbreath, policy analyst with Voices for Virginia’s Children, a Henrico advocacy group, pointed to kinship care families, who have taken on their relatives’ children but didn’t go through the state’s foster care system, so they don’t get access to the resources that foster care families do.

“There are families who truly need that little bit of support to keep them afloat,” she said. “We know that the greatest barrier they’re facing is financial insecurity.”

To compound the challenges for low-income families, TANF eligibility has become increasingly restrictive over the past 30 years. In 1985, a family of three was eligible for TANF if they made less than 48 percent of the federal poverty level, according to language in budget amendments. Today, their net income must be less than around 20 percent, depending on where they live, meaning they can’t make more than about $346 a month.

“Only the poorest of the poor in Virginia are getting TANF,” Bhatti said.

In January, 17,359 families received TANF benefits, according to the Department of Social Services, equaling about $5.3 million in assistance for that month.

A five percent increase would cost the state an additional $3.5 million, and would equal about $20 more a month for a family of three.

Even that little bit, though, would be significant for families, advocates argue.

“Every single penny they have is so tightly budgeted that it’s going to do nothing but help them,” Bhatti said.

Matching budget amendments to increase TANF benefits by 10 percent were filed in the House and Senate by Del. Lashrecse Aird, D-Petersburg, and Sen. Siobhan Dunnavant, R-Henrico, but only half that amount has survived so far. As the House and Senate work to hammer out a final budget over the next few days, advocates say they’re hopeful that at least the five percent increase will find its way into the final spending plan.

The Senate budget also directs the Department of Social Services to develop a comprehensive TANF plan,”and make recommendations to ensure the block grant is being used in the most effective manner to best support low-income families in achieving self-sufficiency.”

“We have to take a step back and think: Is this being used for the purpose that it was intended to be used right now?” Gilbreath said. “And that is to help families out of economic insecurity.” 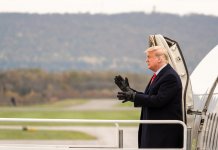 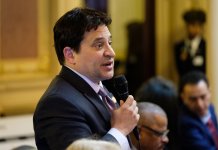 Four years ago, a woman was left stranded in her independent...