A House subcommittee took up two bills Tuesday that would expand access to benefits for those with past drug convictions, voting one down and allowing another to squeeze by with a major amendment.

One piece of legislation, proposed by Del. Alfonso Lopez, D-Arlington, would have lifted the federally-imposed ban on TANF, or Temporary Assistance for Needy Families, for those convicted of a felony drug possession offense. The federal government enacted the ban in 1996 but states are able to opt out through legislation, though Virginia never has.

There have been numerous attempts to lift the ban in Virginia for more than a decade, sponsored by both Republicans and Democrats, but it has never been successful. The subcommittee continued that trend on Tuesday, with the bill failing to advance on a party-line vote.

It was surprising even for advocates, because in the past the legislation usually at least made it to a money committee before it was killed due to its fiscal impact, said Salaam Bhatti, a public benefits attorney with the Virginia Poverty Law Center.

Del. Matthew James, D-Portsmouth, had a bit more luck with his legislation, which has a similar purpose but applies to SNAP, or the Supplemental Nutrition Assistance Program, also known as food stamps. Virginia has already lifted the ban on SNAP for those with felony convictions of possession, but not for other convictions like distribution.

Under James’s bill, which passed the subcommittee and was referred to House Appropriations, the ban would be lifted for all drug-related felony convictions.

“I can have a felony as serious as homicide and be eligible for SNAP benefits. There is something incredibly wrong with that,” Pamela Little-Hill, director of the Portsmouth Department of Social Services, told the subcommittee. “When we are working with citizens who are looking to re-enter the community, their basic needs are food, employment, shelter. I don’t think that we should be living in a society today where I’m given a lifelong sentence in terms of being ineligible for food for an intent to distribute.”

The bill’s original language was broader. Virginia code currently lifts the ban so long as the individual is complying with Department of Social Services or court-ordered obligations, has completed a substance abuse treatment program and participates in periodic drug screening.

Initially, James’s bill eliminated that condition, but the subcommittee’s chair, Del. Robert Bell, R-Albermarle, said he didn’t understand why that should be removed from state code. The legislation was due for a vote just after Lopez’s bill had been killed, and Del. Sam Rasoul, D-Roanoke, swiftly proposed removing that language to give it a better chance of passing.

Advocates argued that those requirements are unfair and don’t apply to offenders with far more serious offenses, such as murder or child molestation.

But James accepted Rasoul’s proposed amendment, and the bill passed on a 6-4 vote, with Dels. Chris Stolle, R-Virginia Beach, and James Edmunds, R-Halifax, breaking ranks to vote in favor of the bill.

In an interview after the vote, James said that he’s glad the bill is at least moving in the right direction, even with the amendment.

“This is the first time since I’ve been here that we’ve been able to get it even referred up to a full committee,” he said, adding that the bill attempts to address “something that is truly unfair.”

With big money behind progressive challengers, 2021 could be test case for Charlottesville donors’ influence 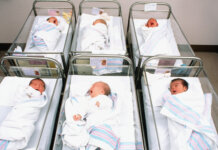 Subcommittee allows bill to expand SNAP access for past drug offenders to squeeze by, but tosses another aimed at the TANF program

Elder abuse and neglect are on the rise. Is Virginia prepared?