As the 2019 session of Virginia’s General Assembly ramps into full gear, state lawmakers are considering a handful of bills that would add at least 10 historic African-American cemeteries to the roster of black burial grounds eligible to receive maintenance funds from the state.

The new bills follow legislation passed in 2017 and expanded in 2018, which marked the first time the state dedicated dollars to the preservation and maintenance of historic black cemeteries.

SB 1128, introduced by Sen. Mamie E. Locke, D-Hampton, would make over 500 graves in three different cemeteries eligible to receive state funds for their ongoing upkeep. The proposed cemeteries are Bassette’s Cemetery, Elmerton Cemetery and the Tucker Family Cemetery, all in the city of Hampton, part of Locke’s district, which also includes portions of Newport News, Portsmouth City and York County.

These cemeteries are the final resting places of some of the Tidewater region’s most notable black leaders, such as late 19th-century educator and lawyer Andrew W.E. Bassette.

Bassette, who may have been enslaved at his birth in 1857, “likely served as assistant commonwealth’s attorney for [Elizabeth City County] early in the 1890s,” according to the Library of Virginia’s Dictionary of Virginia Biography; he is buried in Bassette Cemetery in Hampton. The bill was first referred to the Senate’s Committee on General Laws and Technology, where it passed 14-0 last week. It now sits in the Senate’s Finance Committee.

HB 1973 by Del. Chris Hurst, D-Montgomery, would make state funds available for the preservation of two cemeteries in Pulaski County: New River Cemetery and the West Dublin Cemetery, which contain a combined total of 77 graves eligible for Department of Historic Resources dollars. Like the other cemeteries which stand to benefit from the legislation, the remains of people who were likely enslaved lie in these southwest Virginia graveyards.

Belle Banks died at age 100 in November 1919; her death certificate lists sparse details about her, but does affirm that Banks, a “negro” woman of “extreme old age” at her death, is buried inside West Dublin Cemetery. Hurst’s bill has been assigned to a subcommittee in the House of Delegates Committee on Agriculture, Chesapeake and Natural Resources alongside HB 2311 by Del. Cliff Hayes, D-Chesapeake, recommends that 1,315 graves in Suffolk’s Oak Lawn Cemetery become eligible for state funds; HB 2406 by Del. Les Adams, R-Pittsylvania, calls for four historic burial grounds in Martinsville to gain funding eligibility.

These bills seek to amend a law first introduced in the 2017 General Assembly session by Del. Delores McQuinn, D-Richmond, and signed into law by former Gov. Terry McAuliffe in March of that year. The law directs $5 per grave — “the average actual cost of routine maintenance” — to the care of graves entombing “African Americans who lived at any time between 1800 and 1900” and are buried inside historic black cemeteries. When this bill was presented, it named East End Cemetery and Evergreen Cemetery in the Richmond area as the intended recipients of the funds.

Initially, the legislation required the cemeteries to be under the purview of “qualified charitable organizations,” defined as a government entity or 501c3 nonprofit organization. This stipulation raised concerns about oversight and transparency for some longtime volunteers who had worked to maintain Evergreen and East End, which suffered decades of neglect without the benefit of state maintenance funds — funds the state has put up for care of Confederate veterans’ grave sites in every corner of the commonwealth for more than 50 years.

“As Evergreen and East End cemeteries — and their present condition — show, African-American history has been dismissed for years in this state,” McQuinn said.

Family members of the deceased also weighed in. Pioneering 19th century Richmond journalist and newspaper editor John Mitchell Jr. was laid to rest at Evergreen. Mitchell’s nephew John Mitchell said last September that organizations that own black cemeteries newly eligible for state funding should “work directly [toward] the collective vision of the descendants of the people who have been buried there and their communities.” To ensure this vision is realized, Evergreen’s owner the Enrichmond Foundation formed an advisory board of descendants, volunteers and community members.

On Monday at Enrichmond’s Martin Luther King Jr. Day of Service clean-up event, the organization announced Evergreen had been placed under a conservation easement in partnership with the Virginia Outdoors Foundation, barring future development on the site.

This is a landmark year for two of Virginia’s most significant, lasting legacies. Nearly 400 years ago, 22 members of the inaugural General Assembly convened Virginia’s first legislative body in a just-built Jamestown church’s choir. That body, chosen in 1619 by “the free, white male inhabitants of every town, corporation, and large plantation throughout the colony” remains the “oldest continuous law-making body in the Western hemisphere,” asserts the Jamestown Rediscovery Foundation.

Concurrently, the state will in 2019 mark 400 years since the arrival of the first enslaved Africans to its shores. These black people were most likely owned by the white men who comprised that inaugural legislative body. Mere weeks after presiding over the General Assembly session now widely considered the harbinger of American democracy, Gov. Sir George Yeardly “purchased several” of the enslaved Africans, who then lived and worked at his plantation.


The first black Virginians were not permitted their liberty, much less the right to participate in the state’s newborn representative government. The history of black Virginians — aspects of which could be unearthed, preserved and elevated by the bills that propose state funding for 19th century African American cemeteries across the commonwealth — is inextricably bound up in Virginia’s conflicted origin story, and therefore, in America’s. 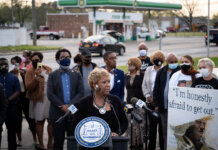 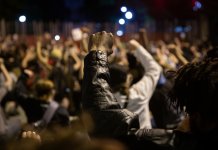