Republicans in the Virginia Senate and House of Delegates have voted down the full suite of gun control measures endorsed by Gov. Ralph Northam, including a “red flag” law backed by President Donald Trump’s administration.

The law, which is a recommendation of Trump’s post-Parkland school safety commission, would allow police to temporarily confiscate someone’s guns if a judge or magistrate rules they present an extreme risk to themselves or others.

Unlike other gun control proposals that have been rejected year after year, it’s a relatively new approach. That, combined with Republican support in other states, led to speculation that if there was going to be any give on guns this year, that would be the bill to benefit from it.

In its short travels through committee in each house, the measure picked up exactly one Republican backer, Sen. Glenn Sturtevant, R-Richmond.

He joined Democrats on the Senate’s Courts of Justice Committee, where it failed to report to the full Senate on a tie 7-7 vote.

“If you were suicidal or angry to begin with, this is really going to make you suicidal or angry,” said Virginia Citizens Defense League President Philip Van Cleave, who also expressed concern for the care with which police would treat their weapons. “They’re probably going to be thrown in the back of a police car.”

Sen. Mark Obenshain, R-Rockingham, floated sending it to the State Crime Commission, but Democrats doubted a study would help much.

“I know what the crime commission is going to do, which is probably nothing,” said Sen. John Edwards, D-Roanoke.

The proposal fared worse in the House, where it got a just over 10-minute hearing in a subcommittee of the House Militia, Police and Public Safety Committee, which included testimony from a woman who said she was shot four times by her husband before he killed himself in front of their children.

The House patron, Del. Rip Sullivan, D-Arlington, stressed Trump’s endorsement of the law, passing out the school-safety recommendation to committee members. The move prompted the subcommittee’s chairman, Matt Fariss, R-Campbell, to hurry him along.

“Let’s talk about the bill instead of everybody that supports it,” he said.

The bill fell on a 4-2 partyline vote with Republicans opposing. They did not outline or discuss their concerns.

Other gun legislation defeated in the House and Senate this week includes: 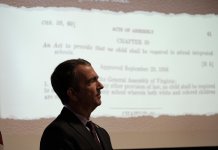 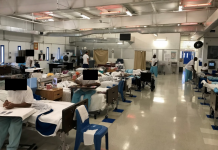 ‘I’m not calling 911:’ Should drug overdose deaths be treated as...