The political nonconformist — who was President Ronald Reagan’s secretary of the Navy before he spent six years as a Democratic senator — is being considered to replace former Defense Secretary Jim Mattis, The New York Times reported Thursday.

Webb hasn’t said publicly whether he’s interested in the job, though.

While most of Trump’s cabinet nominations have sparked bitter partisan battles in the Senate, Webb would almost certainly find allies among congressional Democrats, some of whom were his colleagues before he left the Senate in 2013.

“I think he’d be a terrific secretary of defense,” said Jim Moran, a former Virginia Democratic congressman who served in the state’s delegation with Webb. Moran was a co-sponsor of Webb’s landmark GI bill that expanded veterans’ education benefits.

“My guess is that he would take it and my recommendation is that he should,” said Moran, who’s now a senior legislative adviser at the law firm McDermott Will and Emery. Moran campaigned for Webb in his 2006 race.

“I still have ‘Jim Webb for Senate’ T-shirts,” he said.

Webb isn’t “terribly predictable from a political standpoint, but from a military policy standpoint, he is predictable,” Moran added. “He has experience in Vietnam and it shaped him forever. He is determined that we not waste young American lives in combat unless it’s absolutely necessary.”

The decorated Vietnam War veteran was a noted critic of the Iraq war. He’s floated for the defense job as Trump is pushing for the withdrawal of U.S. troops from Syria and Afghanistan. Mattis reportedly resigned after clashing with Trump on those withdrawals.

“My guess is less foreign entanglements would be his position and Trump ran on getting us out of the Mideast, so I think probably there’s a lot of common ground there,” John Herrington, who served with Webb in the Reagan administration, told the Virginia Mercury Thursday.

Herrington, who led the presidential personnel shop in the Reagan White House before he became energy secretary, recruited Webb into that administration after hearing Webb talk about his Vietnam War novel, “Fields of Fire,” on the radio, The New Yorker reported in 2006.

The radio interviewer mentioned to Webb that actress and anti-war activist Jane Fonda — who made a controversial visit to North Vietnam in 1972 that outraged many — was in town and asked Webb whether he might want to meet her. “Jane Fonda can kiss my ass,” Webb replied. “I wouldn’t go across the street to watch her slit her wrist.”

After Herrington was hired to work in the Reagan White House, he said yesterday, “I called Webb to see if he wanted to have lunch. I wanted to meet him because I liked the book, I liked what he said.”

Webb’s departure from the Reagan administration was tumultuous. He left his job as Navy secretary in what The Washington Post called “a fiery barrage of moral outrage and personal frustration” due to a feud with then-Defense Secretary Frank Carlucci.

Webb didn’t resign in person, he left a letter on the desk of one of Carlucci’s aides, the Post reported. “It’s no secret that I’m not a person who wears a bridle well,” Webb said at the time.

Those who know him agree.

“He’s an independent thinker,” Herrington said of Webb. “Jim is very principled, but he certainly could follow orders. He’d always give the president his best opinion.”

Count Herrington among the Republicans who would be thrilled to see Webb get the job.

“If he gets it, I’ll be very happy,” he said. “He’s a great American. Forget what party he belongs to, he’s a winner.”

Webb has been in the mix for a host of top political positions in recent years. In the summer of 2008, he was rumored to be in the running to be then-candidate Barack Obama’s vice presidential pick.

He also ran briefly for the 2016 Democratic presidential nomination. Webb was later floated as a potential Trump defense secretary in 2016.

Webb wrote in a January 2017 op-ed in The Wall Street Journal that, “by virtue of Mr. Trump’s electoral base and genuine status as a political outsider, he is positioned to bring two much-needed adjustments to our governing process.”

The White House press office didn’t respond to requests for comment about whether Webb is in the running to replace Mattis. The Times report, which cited three administration officials, noted that it’s unclear how seriously Trump is considering Webb for the job.

Webb didn’t respond to the Times’ request for comment. Attempts by the Virginia Mercury to reach Webb were unsuccessful.

Even if Webb is offered the job and takes it, it’s unclear whether he’d work well with Trump.

“They both have, shall we say, interesting personalities,” said Bill Connelly, a politics professor at Washington and Lee University.

“Webb is notoriously prickly and hard to get along with … and Trump is Trump of course,” Connelly said. “One way in which I don’t think Webb and Trump would get along is Webb doesn’t suffer fools. He speaks his mind, that’s to his credit.”

Given how Trump has clashed with other cabinet officials, including Mattis, “anyone in his right mind would think twice about taking this job,” Connelly said.

“But Webb appears to be someone who’s driven by duty. … Maybe he’s thinking for the good of of the country, I need to do something like this.” 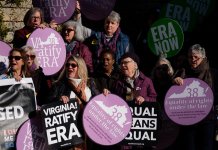 LOOKING AHEAD: Will a historic push to expand gambling in Virginia...