Tractor trailers loaded with $10 million worth of apples, beans, cheese, potatoes, milk and pork — lots and lots of pork — will begin heading to Virginia food banks next month.

The unprecedented bounty, which represents a more than 40 percent increase in donations for some regional food banks, comes courtesy of President Donald Trump’s trade war with China and the $12 billion bailout package he put together to help farmers hit by retaliatory tariffs.

In addition to the more widely discussed direct payments to farmers, the program set aside $1.2 billion for direct food purchases through a USDA program born out of the infamous government cheese program of the 1980s. 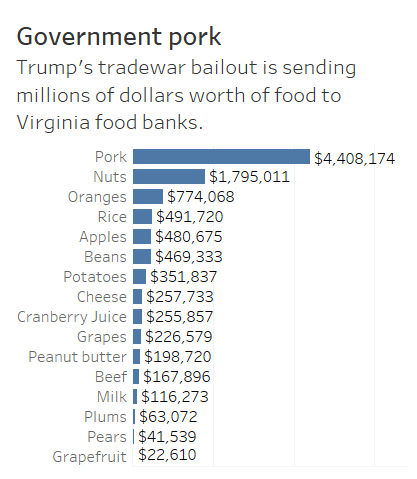 “Farmers have lost some of their market, so USDA has picked up a lot of that food and is looking for a place to land it,” says Seth Benton, food distribution manager with the Virginia Department of Agriculture and Community Services, who provided the Virginia figures.

This time around, hog farmers, not dairies, are the biggest beneficiaries. Of the $1.2 billion, Trump directed just under half of the purchases go to pork producers.

That’s trickled down to the state level as well, with $4 million of the $10 million coming in the form of frozen cases of loin roasts and pork chops as well as precooked products like hams, taco filling and pulled pork.

The focus on pork briefly drew concern earlier this year, when lawmakers noted that one of the country’s biggest pork producers, Virginia-based Smithfield Foods, is now owned by a Chinese company.

Smithfield responded by voluntarily dropping out of the program.

Other foods coming to Virginia through the program include beans, rice, potatoes, milk, cheese and an array of fresh fruits, including apples, oranges, grapes and pears.

The federal purchases are being funneled through the state agricultural department to regional food banks, which will in turn ship them to local food pantries.

The charitable organizations say they’re glad for the additional food, which they described as high quality products that are often difficult to come by through the typical donor channels. But, as they say, there’s no free lunch. The massive influx of food, particularly perishable items, is creating a logistical challenge.

FeedMore, which serves central Virginia, says it’s anticipating a 40 to 45 percent increase in food donations through the program.

Representatives of regional food banks say they’re addressing the situation by trying to recruit new local pantries to distribute the food and, in the case of existing partners, making sure they’re aware and ready for the big increase in donations heading their way.

“While it’s a great problem to have, logistically we’re moving a lot more food with the same number of trucks, same number of drivers and same number of warehouse staff,” said Greg Knight, the food sourcing manager at the Blue Ridge Area Food Pantry, which is based outside of Staunton. 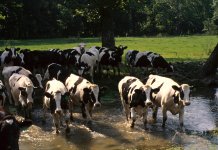 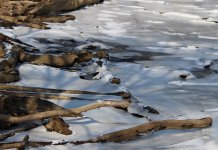 Autumn’s first frost is falling later. For farmers, the consequences are wide-ranging. 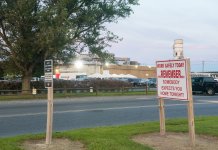 Trump’s trade-war bailout is sending $4.4 million worth of pork to Virginia food banks

Virginia farmers see lots of promise in hemp, though uncertainty around...