Gov. Ralph Northam wants to give teachers a 5 percent pay raise starting next July, an increase from a previously approved 3 percent raise.

It would be the largest, single-year raise for educators in the state in more than 15 years, Northam said Tuesday while presenting parts of his proposed education budget. He’ll formally share his complete budget proposal with lawmakers next week.

In addition to $88 million for the raises, Northam proposed giving $35 million each to a fund that helps school districts with at-risk students and a general aid fund for districts. He also wants to deposit $80 million into the Literary Fund, which helps pay for school construction projects.

The payment will support low-interest loans through the fund for new school buildings.

“Increasingly, recruiting and retaining our teaching workforce has become difficult,” Northam said. “Some localities have seen teacher shortages and high turnover rates. While teachers do not go into the profession for the money, Virginia has slipped in its ability to compete for teaching talent.”

Keith Perrigan, superintendent of Bristol schools and leader in the Small and Rural Schools Coalition, said it’s especially true in his part of the state.

This year, the school year started with 1,000 fewer teachers than needed across the state, said Jim Livingston, president of the VEA. That highlights the severity of Virginia’s retention issues, he said.

How to pay for it

The money for at-risk students and general school district aid will come from an expected increase in Virginia Lottery proceeds.

Otherwise, the money for the “once-in-a-lifetime” investment will come from a combination of conforming to federal tax changes, new internet sales tax revenue and higher than expected revenue collections, Northam said.

Northam said he expects legislators will figure out a way to collect and distribute a newly allowed internet sales tax and will conform with federal tax changes.

“We appreciate the Governor’s proposal and will consider it when drafting our budget amendments,” said Del. Chris Jones, R-Suffolk, chair of the House Appropriations Committee. The House and Senate will present their own budget proposals for consideration too.

“K-12 education has been a priority of House Republicans and we are glad to see the Governor building on the raises and over $1 billion in new funding for K-12 education provided in our budget last year. However, we have to remember this is just one piece of the broader package that we will consider as we put together our proposals.”

Del. Steve Landes, R-Augusta, who chairs the House Education Committee, called Northam’s proposal “a good start,” but said lawmakers will need to weigh the plan alongside other funding requests.

“We kind of have to look at the sum total, but I like what I heard,” he said.

Livingston said Northam’s proposal will force lawmakers to “put their money where their mouth is.”

“Every one of them will tell you ‘Well, I support public education,'” he said. “Well, OK, show it.”

Northam’s proposed 5 percent raise won’t get Virginia teachers’ salaries to the national average, which is between $56,000-$59,000 a year, Livingston said, but it puts the state on the right track.

According to a report from the Virginia Department of Education, the highest-paid teachers in Virginia are in the northern part of the state, particularly Alexandria, Arlington and Fairfax, where high salaries range from $76,000 to $79,000 a year.

The low end of teacher salaries in the state range from $33,000 to $37,000 a year in Amherst, Russell, Giles and Dickenson counties.

“Clearly the government has demonstrated today that he’s willing to make the investments in public education, recognizing if we don’t start here, if we don’t start now, we’re going to fall even more behind,” Livingston said. 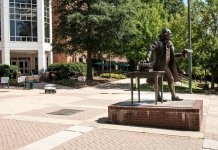 Why some public universities get to keep their donors secret 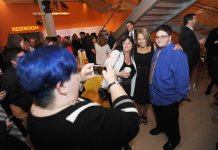