State transit officials are considering cutting the price of Amtrak tickets for trips within Virginia in a bid to increase ridership.

A market study estimated that a 15 percent fare reduction would lure an estimated 51,000 additional riders onto trains every year — a roughly 7 percent increase. The move would cost the state $683,000 annually, which represents about 1.3 percent of what the state collects in ticket revenues.

A consultant called the financial impact “absolutely modest,” particularly in light of transit officials’ goals of maximizing ridership over ticket revenue in a bid to get more cars off the road.

State rail officials said they’d like to have the price reductions in place within the first three months of next year, pending further analysis and discussions with Amtrak.

The reductions would only apply to trips within Virginia and Washington on the four trains subsidized by the state, which begin in Newport News, Norfolk, Richmond and Roanoke and travel to Washington.

The proposed fare reduction came out of a larger marketing study the state’s Department of Rail and Public Transportation launched in June to counter flagging ridership, which saw a 1.4 percent dip to 839,446 fares during Amtrak’s last fiscal year, which ended Sept. 30.

Officials attribute the lower numbers to cancellations caused by construction, which has since been completed, and extreme weather. But the decline also corresponded with a move by Amtrak to reduce the number of discounts it offered.

“They used to have AAA and student discounts and all kinds of other things, and they got rid of that, and we thought, well, there are fewer people riding the train, how price sensitive are Virginia customers?” said Chris Smith, the Department of Rail and Public Transportation’s policy director.

A study, which included a passenger survey and focus groups, landed on a strategy of promoting the discounts Amtrak has maintained — particularly a 25-percent-off “saver” fare for tickets purchased two-weeks or more in advance — and adding new deals on Virginia-sponsored trains.

With the new Virginia discount, a trip from Roanoke to Union Station in Washington would be reduced from $49 to $41. Amtrak’s saver fare, which is not calculated on top of the Virginia discount, would still be cheaper for people who can plan trips in advance.

DRPT officials presented the ideas to members of the Commonwealth Transportation Board’s rail subcommittee Tuesday. Members responded favorably to the concept, with some pushing for deeper discounts during months with lower ridership, noting the state’s costs are fixed regardless of ridership.

“There’s a lot of people who don’t even think about using this as a transportation mode,” said Hampton Roads District board member John Malbon. “During a time when you have the capacity, why don’t you just fill the trains up and it’s a new customer?”

“The train’s running anyway,” he said.

Officials are studying other ways to increase ridership based on feedback from the study, which cited station safety and parking as problems, as well as last-mile travel.

“We’re hoping that there are some low-cost and high-impact improvements we can make to help keep that ridership as well,” said DRPT Director Jennifer Mitchell.

The state is also pushing Amtrak to improve reliability of on-board WiFi and food.

Officials said they have already successfully encouraged Amtrak to keep its trains cleaner, an issue Mitchell said Secretary of Transportation Shannon Valentine raised directly with Amtrak’s CEO, who she happened to have a meeting with after a train trip from New York to Richmond. Officials said Amtrak now staffs Virginia trains with a bigger cleaning crew.

“She had just taken a trip from New York to Richmond and was able to share with him her experience in very vivid terms,” Mitchell said. 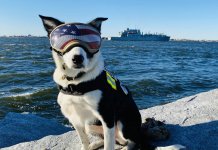 This $4B road project had a bird problem. Dogs are helping fix it 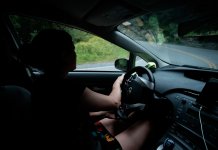 Are cameras on the way to stop speeders – or merely to boost municipal coffers?