Dozens of detractors and supporters had their say Thursday about a natural gas compressor station Dominion Energy plans to build in Buckingham County as part of its controversial Atlantic Coast Pipeline project, as the State Air Pollution Control Board met to review a proposed permit for the facility.

If the board approves the permit on Friday, the Buckingham compressor station will be one of three such facilities stationed along the 600-mile ACP, and, depending on whom you ask, either a boon or wound to Buckingham.

More than 200 people were at the Greater Richmond Convention Center by 9:30 a.m. Thursday, the first of two days of meetings on the permit, with the board expected to render a decision today.

Virginia State Police officers lined the walls as the Virginia’s Department of Environmental Quality, which is recommending that the air board approve the permit, presented an outline of the compressor project and a summary of public comments on the facility, totaling some 5,300 written responses and nearly 200 comments shared by attendees of a public meeting on the project.

The board asked elected officials to speak first, followed by members of the public who had pre-registered to make a three-minute comment at the meeting.

Remarks from several elected officials touted the ACP and the compressor station as necessary and safe, contending that the projects would initiate progress within their communities.

“I fully support the ACP as well as the compressor station, primarily because of the economic development it will bring to our district,” said state Sen. Louise Lucas, D-Portsmouth, adding that the “stringent regulations” the permit requires bolster her confidence in the facility’s safety for the Buckingham community.

A spur that is part of the pipeline project will run from Pleasant Hill, N.C., near the Virginia border, to Chesapeake.

Lucas, whose top campaign donor is Dominion, says she has not heard or read opposition about the project from any of her district’s residents.

“Stringent” was the word of the day, often repeated by other speakers in favor of the compressor station.

Some of those supporters, who represented a range of businesses and organizations — including a family-owned mining company based in Buckingham, the Metropolitan Business League and the Northern Virginia Tea Party — pointed to the emissions standards for the facility outlined in the draft permit as cause for confidence. Several referred to the DEQ’s earlier public presentation, which explained that the Buckingham compressor station and its air permit would be classified as “minor,” in accordance with DEQ regulations.

“Facilities are determined to be major or minor based on their potential to emit air pollutants,” a slide of the presentation reads. “Major sources generally emit over 100 to 250 tons per year (tpy) of a single criteria pollutant,” making the Buckingham compressor station’s maximum emissions — 43 tons per year of toxic particulate matter — appear “minor” by comparison.

The Southern Environmental Law Center, however, has said that methodology is flawed.

In a September letter to the DEQ detailing its technical opposition to the compressor station, the SELC stated: “The company’s reported ‘annual potential to emit,’ in terms of tons of pollutants per year, does not reflect the variability of emissions and thus, the potential for local residents to be exposed to elevated concentrations of dangerous pollutants.

“Operating compressor stations have been observed to have such highly variable emissions, including large spikes of harmful VOC emissions,” the SELC wrote. “One compressor station in Pennsylvania emitted dangerous amounts of ethylbenzene, butane and benzene on some days and hardly detectable amounts on other days, resulting in averages that did not appropriately indicate the compressor station’s threats to human health.”

“As it stands, the permit does not effectively address all public health concerns,” said Campblin. “We urge the board to deny the permit and require a more thorough analysis of this project.”

Speakers generally adhered to the printed-and-posted rules of engagement the board spelled out at the start of the meeting, save the occasional, quiet hisses following some of the glowing support for the pipeline project or compressor station.

Laury, who lives in Buckingham’s historic black community of Union Hill, where the compressor station site is planned to be built, stared steadily at the board as she voiced her opposition to the project. Members of the audience waved their arms in the air in agreement and nodded encouragement.

“God put us here to be good stewards of the earth, we need to protect it. God knows what’s right, and hopefully you do, too,” she said.

The Air Pollution Control Board meets again today, when it is expected to act on the permit. 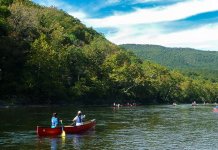 ‘God knows what’s right, and hopefully you do, too:’ Opponents urge air board to reject permit for pipeline compressor station

Rookie Va. lawmaker will ‘be loud’ in fight against Trump’s drilling...