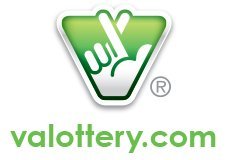 If Virginia allows more gaming — sports betting and casinos, to be exact — where does that leave the Virginia Lottery?

“We are closely watching the conversation as it unfolds,” he said. “I have a fiduciary responsibility at the Virginia Lottery to protect the brand we have created over 30 years. I am cognizant of potential competition for the same discretionary entertainment dollar.”

Proposals for expanded gaming have appeared in front of the General Assembly in several different forms over the years, and lobbyists for the industry are circling the state.

Sen. Louise Lucas, D-Portsmouth, and lawmakers in southwest Virginia have unsuccessfully pushed for casinos over the years, banking on the economic possibility for localities.

Earlier this month, the Virginia Racing Commission finalized rules for casino-like games to operate in the state.

And the federally recognized Pamunkey tribe began its search in May for land to build a $700 million casino, which will require state approval.

In May, the U.S. Supreme Court cleared the way for sports betting, which had been illegal in most states since 1992. Betting flourished anyway, becoming a $150 billion underground industry, according to The New York Times.

Most forms of gaming have gotten stiff opposition from key lawmakers in Virginia, including Speaker of the House Kirk Cox, who appears to have become a target of persuasion for pro-gaming residents in the southwestern part of the state.

Hall said he doesn’t know how the Lottery might fit into a new gaming industry, but wants the agency to be involved in those conversations. The Virginia Lottery sells millions of tickets and makes more than half-a-billion dollars each year.

“There’s research that’s all over the map,” he said. But one study from Maryland, which has six casinos, estimated the state’s lottery took a $44 million, or 2.5 percent hit, after casinos opened.

Most of the time, Hall said, lotteries rebounded from an initial loss after casino openings.

One thing Hall seemed sure of was what role the Lottery could play if Virginia allows sports betting.

“Whether, when or how Virginia enters into sports wagering … I will tell you, there is a lot of discussion and interest among state lottery folks,” Hall told senators.

In Europe, where sports betting is legal and common, a lottery-like agency often oversees it, he added.

“It feels like a natural home for sports wagering,” he said.