Until now, the notices used by the courts and posted on tenants’ doors haven’t actually include the word “eviction” in the header.

Instead, they use the language from the state code, labeling the document “Summons for Unlawful Detainer.”

The words “civil claim for eviction” appear under that in small print and parenthesis.

The new forms approved Tuesday by the state’s Committee on District Courts retain the original unlawful detainer language, but move up the parenthetical explaining what that means to the top line of the page and put it in larger, bolded font.

The change, slight as it is, followed what committee staff attorney Eileen Longenecker described as “an extensive discussion in the forms committee.”

She told the group the change was prompted by a request made by the Campaign to Reduce Evictions — part of a broader package of legal and policy reforms the group has proposed to chip away at the highest-in-the-nation eviction rates in Virginia’s cities.

Advocates said they appreciate the tweak but says it stops far short of the changes they had hoped to see.

“The form uses archaic and complex language, presents information in three confusing columns on the front and two confusing columns on the back, and cross references important information on the back in an inconspicuous section in the middle column on the front,” said Martin Wegbreit, director of litigation at the Central Virginia Legal Aid Society.

He and others have advocated for the forms to be rewritten in “plain English.”

Longenecker said she couldn’t comment on the nature of the debate in the court’s forms committee, a group that she said does not meet publicly, but Wegbreit and Virginia Poverty Law Center attorney Christie Marra said they believe the court is operating under the assumption that the forms must hew closely to the language in state code.

That’s why the court was unwilling to go further in demystifying the language and stripping out legalese, they said.

The state’s Housing Commission is considering putting forward legislation that would instruct the court to go further, but nothing has been finalized.

Marra said that, in either case, forms are less of a priority than other initiatives advocates are pushing, such as a statewide hotline for housing.

“Easy-to-read forms would be great, but more attorneys for low-income tenants would be better,” she said. 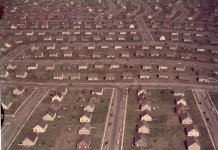 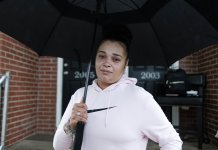