When Hurricane Florence slammed into North Carolina in September, some of the state’s coal ash ponds breached and overflowed into nearby rivers and lakes.

Now Virginia lawmakers are citing the hurricane — and the threat of another coming up the East Coast — as a reason to act now and require Dominion Energy to excavate or recycle coal ash at four sites across the state, which they claim would prevent the ash, a byproduct of burning coal that contains toxic metals like arsenic, lead, selenium, chromium and mercury, from leaking into groundwater.

On Tuesday, a joint meeting of subcommittees for both the House and Senate Committees on Commerce and Labor got an update from Dominion on the available options for closing their coal ash ponds at four sites across the state that hold roughly 30 million tons of ash: the Chesterfield Power Station, the Possum Point Power Station in Dumfries, the Bremo Power Plant in Fluvanna County and the Chesapeake Energy Center.

Historically, the ash was mixed with water and stored in pits that Dominion has favored closing through a “cap-in-place” plan, which involves draining, treating and releasing the water and covering the unlined pits with a synthetic top and a layer of turf.

Environmental groups, some local governments and nearby residents fear that won’t keep the toxic metals in the ash from seeping into groundwater and nearby waterways. They say the best option is excavating the ash and moving it to lined landfills, while recycling some of it as well. Some utilities in other states are taking that approach.

Legislation passed last year, carried by Sens. Amanda Chase, R-Chesterfield, and Scott Surovell, D-Fairfax, prevented the Virginia Department of Environmental Quality from issuing permits to close the sites and simultaneously required Dominion to develop a request for proposals, or RFP, to see what other closure options are available.

In 2017, the legislature also put the brakes on Dominion’s closure plans, ordering a coal ash study that was later faulted for failing to seriously consider recycling options as well as for overstating costs and time frames for removing the ash.

Dominion released its RFP in June and received 12 responses and about 2,100 pages of information that it is going through now, according to Bill Murray, a lobbyist for Dominion Energy who presented to the subcommittees on Tuesday.

The utility is required to submit a report to the General Assembly by Nov. 15 that will detail the responses it received.

“We were pleased with the range of interest we got, we’re pleased with the qualifications of the firms, and we want a robust, rigorous process to get you the best information possible to make the public policy decisions you may choose to make,” Murray told the subcommittees, though he didn’t go into detail about what sort of responses the utility received.

During Tuesday’s meeting, legislators also heard from presenters about the option to recycle some of the ash into concrete and other materials. Recycling could be an attractive answer to what Surovell called, “a very big, expensive problem.”

“In a lot of ways, Virginia is behind other states on the East Coast in coming up with solutions on this, and we may be missing real opportunities to create jobs and clean up the environment,” he said during the public comment period.

Chase also urged the subcommittees to “be proactive instead of reactive.”

She said that capping and sealing the ash ponds is not an appropriate option at the Chesterfield power plant — on the banks of the James River — because there isn’t a barrier to prevent the carcinogenic elements from seeping into the groundwater.

“I want to make sure we completely excavate the coal ash and move it to an area that’s away from the river,” she said.

Nate Benforado, a lawyer with the Southern Environmental Law Center, said during a presentation he made to the subcommittees that capping in place is not going to stop contaminated discharge from reaching groundwater.

He showed the subcommittees an early projection of Hurricane Florence’s landfall, when it was expected to hit the Virginia hard and dump 15 to 20 inches of rain close to Chesterfield.

“I put this here to remind everyone — not that I think anyone needs reminding — that we dodged a bullet here,” he said. “I think there are some lessons to be learned by looking at what is going on North Carolina.” 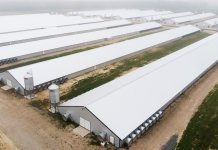