A chemical plant in Hopewell has violated air pollution rules twice in the past year, according to the Virginia Department of Environmental Quality, adding to a long history of violations.

AdvanSix, formerly Honeywell, is one of the world’s largest producers of caprolactam, according to the company’s website, which is used to manufacture synthetic fibers like nylon and used in plastic or film coatings, among other uses.

The plant has violated the Clean Air Act and Virginia’s Air Pollution Control Law before, paying a $3 million fine to the state and the federal government in 2013 before paying an additional $26,000 to the Department of Environmental Quality in 2016 — and its most recent violations mirror some of the same issues cited in previous infractions.

The company’s emission rates were higher than the allowable amounts under their permit, resulting in violations in December and April.

In a statement, AdvanSix says that it self-reported those permit deviations to DEQ “and quickly implemented corrective actions.”

“We work closely with the DEQ, and have a strong commitment to compliance and promptly self-disclosing and correcting issues if they arise,” the statement reads.

In December, tests showed that the plant’s particulate matter emissions were more than double what requirements allow in some tests, and more than five times the allowable amount in others, according to the DEQ violation notice.

Particulate matter is defined as very small airborne particles, either directly emitted by burning or forming in the air as a result of reactions among chemical pollutants, according to the U.S. Environmental Protection Agency. If inhaled they can affect the heart and lungs, causing serious health problems.

Then, in April, AdvanSix received another violation, this time for its emissions in 2015 and 2016 of volatile organic compounds, a category that includes formaldehyde, acetone, butane, propane and other pollutants, which can contribute to smog.

The plant’s 2015 emissions were 6.99 tons of volatile organic compounds per year and they were 6.79 in 2016, according to the DEQ. Both amounts exceed the allowable 4.2 tons per year amount.

This isn’t the first time the plant has had issues with particulate matter and volatile organic compounds. The 2013 consent decree between AdvanSix, the federal government and DEQ was also based on too-high emissions of those, and other, pollutants.

Dave Robinett, air compliance manager in DEQ’s Piedmont office, said that the agency visits most plants that are sources of pollution once every two years, but it visits the AdvanSix site multiple times a year “to try to and make sure that we keep tabs on everything that’s going on there.

“They’re a very big source of pollution so it requires a lot more monitoring,” he said.

Glen Besa, the former director of the Virginia Chapter of the Sierra Club who has worked on air pollution in Hopewell for two decades, suggested state officials visit the city and breathe the air to understand what it’s like to live there.

“The state has an obligation to work with these companies to find ways to significantly reduce their emissions and protect the people who live there,” he said. “No one is trying to drive them out of business, but they need to be good neighbors.”

The federal government has also been keeping an eye on AdvanSix. Between December and April, when DEQ issued those two violations, federal inspectors swarmed the Hopewell plant with a search warrant and a subpoena.

In March, AdvanSix issued a statement, noting that the actions seemed related to the plant’s “environmental air emissions and its compliance under the previously disclosed 2013 consent decree.”

The exact details of the March investigation are still unclear, though. Spokesmen for both the Environmental Protection Agency and the U.S. Attorney’s Office for the Eastern District of Virginia declined to provide additional information.

In its statement, AdvanSix said that it doesn’t “have any update to provide at this time regarding the federal investigation,” adding that the company continues to cooperate with authorities.

The April violation resulted from a mistake that the company found in its emissions calculations during an internal audit, according to Robinett. They had misreported their initial emissions from the 2015 and 2016 calendar years because they had used the wrong tank temperatures in the numbers, so they sent a letter to DEQ reporting the correct findings.

“So while they exceeded their limit for that particular process, and we’re calling them on it, they actually reduced their total VOC emissions by 25 percent between those two years,” Robinett said.

Too many volatile organic compounds can make breathing very difficult in sensitive populations, he said, particularly elderly, young children or those with asthma.

Based on numbers from the federal Toxic Release Inventory Program, Hopewell, home to chemical plants, power stations and a paper mill, was listed as the Virginia locality with the highest toxic air emissions, the Sierra Club reported last year. 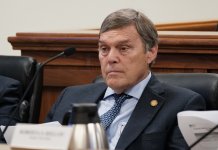 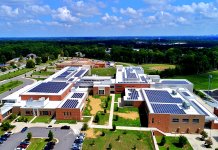 Why the Mountain Valley Pipeline is uniquely risky