Federal authorities say the four men arrested Tuesday in connection with white supremacist violence in Charlottesville last year were targeted for investigation because they “committed particularly violent acts,” had a history of attacks at other rallies and are members to a racist and anti-Semitic organization.

In our view, these four committed particularly violent acts in Charlottesville.

Secondly, they committed violent acts in California at other rallies, therefore, in our view they were essentially serial rioters.

And then fourth, I would add, these are members of an organized, militant white supremacist group and in our view that made them righteous targets for federal prosecution related to Aug. 11 and Aug. 12.

Cullen also cited the work of ProPublica, which has done extensive reporting on the group to which the men are alleged to belong, the Rise Up Movement (RAM), which is a “militant white-supremacist organization based in Southern California,” according to an affidavit filed by Special Agent Dino Cappuzzo, a member of the FBI’s joint terrorism task force in Charlottesville.

Cullen said that while the FBI’s investigation began the day of the rally, Aug. 12, 2017, “I just think it’s important to credit the work that they did in helping to identify through their articles and their commitment to unveiling this particular organization. There’s no question that that was very helpful to federal investigators.”

The four men charged are Cole Evan White, 34; Benjamin Drake Daley, 25; Michael Paul Miselis, 29; and Thomas Walter Gillen, 34. Cullen said they were each arrested in California, where they are being held, and are charged with violations of the federal Riots Act. They face 10 years in prison each, Cullen said.

They are accused of coming to the rallies ready to fight and “punching, kicking, headbutting and pushing numerous people along Second Street northeast in Charlottesville. Among other victims on Second Street, these men assaulted an African-American man, two females and a minister wearing a clerical collar,” he said.

The FBI is accusing them of similar acts at political rallies in three California locales: Huntington Beach, San Bernardino and Berkeley.

Cullen said the investigation took more than 13 months because of the volume of digital evidence: “We had to shift though all that material, we had to identify folks that were depicted in those photographs and those videos, understand who they were, who they were associated with and marshal enough evidence where we felt comfortable we could bring this particular charge.”

Authorities do not believe any claims they were acting in self-defense would be credible, Cullen said:

“In our view, we had to anticipate and think about, could these defendants in a backdrop of — you had counter protesters on one side and white supremacists on the other —raise a claim of self-defense? And without getting into the evidence we had to convince ourselves and the court that in this particular case there was no provocation and we would be able to prove the elements of the Riots Act.”

As for why authorities did not charge them with hate crimes, Cullen said they are not yet able to prove that racial animus was their primary motivation but that could change as the case develops.

Asked if charges against other attendees might be forthcoming, Cullen said “our investigation is ongoing and if appropriate and applicable there will be additional defendants charged.” 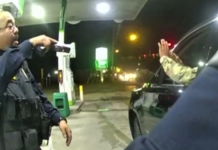 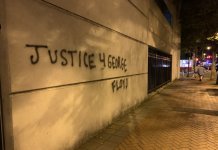 State says lawsuit over carbon cap-and-invest plan should be dismissed …...