The latest big pipeline decision out of the U.S. Court of Appeals for the 4th Circuit in Richmond strips the Mountain Valley Pipeline of its federal authority to cross waterways in West Virginia, and opponents contend, should halt work along the entire 300-mile route from West Virginia to Pittsylvania County.

“Because the MVP’s certificate from the Federal Energy Regulatory Commission specifies that all necessary permits must be in place before the project can proceed anywhere, MVP must also halt work along its entire route,” said the Sierra Club, which brought the case along with other environmental groups.

The judged vacated the project’s Nationwide 12 certification under the federal Clean Water Act issued by the U.S. Army Corps of Engineers. The legal question hinged on whether the corps had the authority to substitute its own judgment — requiring use of a “dry cut” for four West Virginia river crossings that could take four to six weeks each — in place of a West Virginia requirement that individual crossings be completed within 72 hours.

“We conclude, for reasons to be more fully explained in a forthcoming opinion, that the corps lacked authority to substitute the ‘dry cut’ requirement ‘in lieu of’ West Virginia’s 72-hour temporal restriction. Accordingly, we vacate, in its entirety, the corps’ verification of the Pipeline’s compliance with NWP 12,” the court’s order says.

Over the past several months, the 4th Circuit has been an absolute killing field for federal permits issued for the Mountain Valley Pipeline and a separate but no less contentious natural gas project, Dominion Energy’s Atlantic Coast Pipeline. It’s an indication of the slap-dash process federal agencies used to permit the projects through sensitive national forests and under National Park Service land, opponents say. And with mounting pile of adverse decisions, it’s hard to argue with them.

“By vacating permit after permit for the MVP, the 4th Circuit has been forced to do what the federal government should have been doing all along: protecting the public and the environment from this harmful and unneeded pipeline,” said Anne Havemann, an attorney with the Chesapeake Climate Action Network. “Today’s welcome decision is just one in a string of decisions invalidating MVP’s federal permits. The public deserves no less than for regulators to take a real look at the impacts of this massive project. Once they do, we’re confident they will conclude that there is simply no safe way to build the Mountain Valley Pipeline.” 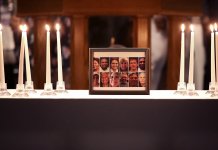