A week after a federal appeals court in Richmond struck down a permit that allowed the Mountain Valley Pipeline to cross U.S. Forest Service land, the Federal Energy Regulatory Commission has ordered a halt to work on the entire project.

“MVP is hereby notified that construction activity along all portions of the project and in all work areas must cease immediately, with the exception of any measures deemed necessary by those land managing agencies or FERC staff to ensure the stabilization of the right of way and work areas,” FERC said in a letter Friday night.

A spokesperson for MVP, which is being led by EQT Midstream Partners of Pittsburgh, did not immediately respond to a request for comment Friday evening.

Nathan Matthews, an attorney with the Sierra Club, called the decision “a victory for everyone who values clean water and a wake-up call for those who think they can put profits over people.”

“We have said all along that we can’t trust polluting corporations to protect our water and we’re relieved to see construction temporarily halted along the entire route of the MVP,” Matthews said. “There is no right way to build these dirty, dangerous fracked gas pipelines and we will continue to fight them until construction is stopped permanently.”

The order comes amid repeated failures by the pipeline developers to control erosion, sediment and stormwater runoff during construction, though the FERC letter focused solely on the loss of the authority to cross federal lands.

“There is no reason to believe that the Forest Service or the Army Corps of Engineers, as the land managing agencies, or the (Bureau of Land Management), as the federal rights-of-way grantor, will not be able to comply with the court’s instructions and to ultimately issue new right-of-way grants that satisfy the court’s requirements,” FERC wrote. “However, commission staff cannot predict when these agencies may act or whether these agencies will ultimately approve the same route.”

The pipeline project, which will run from West Virginia into Pittsylvania County, has already received a string of violations from regulators in West Virginia and Virginia.

“In its arrogance, MVP thought it could treat a federal court’s rejection of Forest Service and BLM approvals as a mere speed bump that it could easily evade — that new approvals from those agencies should be treated as foregone conclusions,” the conservation group Wild Virginia said in a statement. “Even FERC, in its zeal to enable the industry, has recognized that is an unsupportable approach. The destruction MVP has been wreaking across two states must stop now and it should never be allowed to resume.”

The stoppage comes as the Virginia State Water Control Board prepares to meet later this month on whether a U.S. Army Corps of Engineers permit is adequate to protect Virginia waters from the hundreds of spots where the MVP and another, larger natural gas project, Dominion Energy’s Atlantic Coast Pipeline, will cross Virginia waters. Several water control board members, though not a majority, have expressed support for revisiting approvals the board gave both projects last year.

CORRECTION: This article has been updated to correct the attribution of a statement to Nathan Matthews, an attorney for the Sierra Club. 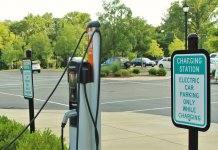