Bus service in Richmond has long been treated like a form of welfare for the very poor, says Ben Campbell, a longtime transit advocate who now sits on the board of GRTC Transit System.

And, as a result, he says it’s been funded and operated as such — largely neglected, rarely improved.

With the rollout of two major initiatives just over a month ago — the Pulse, a new bus rapid transit line, and a total overhaul of local bus routes —  he and other transit advocates are hoping to shed the agency’s reputation as a service of last resort and bring the middle class back on board.

“When you add more riders to a system, you make it possible to run more frequently and efficiently,” he says. “The bigger the population that uses public transportation, the more resources and energy will be applied to make it a good system.

“That’s the magic of this.”

There are already signs that it’s working, Campbell says. For one, ridership on the Pulse is easily exceeding goals. Second, GRTC signed on a huge new customer this week, with VCU announcing that it will pay $1.2 million for a year of unlimited rides on the system for its more than 50,000 students, faculty and staff. The school has previously operated its own private bus services.

As part of the agreement, GRTC has promised increased weekday service frequency from every 15 minutes to every 10 minutes from 5:30 a.m. to 7 p.m. by Oct. 1. Currently, 10 minute intervals are limited to the morning and evening rush hour.

But not everyone is convinced: Some longtime riders say the change has actually made it harder to ride the bus, and they’re worried that their commutes have gotten worse in order to attract new riders they doubt will ever materialize.

The Pulse runs like a light rail system, just with rubber wheels. It has its own branding, bus lanes, station platforms and signs telling you how long until the next bus comes.

It was designed to be an improvement over the local bus it replaced, but it also represents a deliberate effort to attract what transit planners refer to as “choice riders,” people who could afford a car, but might choose to ride a bus if it’s convenient.

At the same time, the city debuted its redesign of the local bus lines, many of which had gone unchanged since the days of trolleys. Again, the new plan aimed to grow ridership beyond low-income riders who depend on the bus as their only form of transportation — “captive riders” in transit speak.

But in the absence of any new funding for public transit included in the route overhaul, the five new high frequency bus lines the city created came at the expense of coverage: lines that maybe ran once an hour but included more stops closer to more people in more neighborhoods.

The city held public hearings and the council voted on a specific mix they wanted in the new system: 70 percent of lines devoted to attracting high ridership, 30 percent devoted to providing coverage.

The result of that decision is that some people now have to walk a lot farther to catch their bus.

Limited stops on the Pulse, which essentially operates like an express line, also mean a lot more walking for some riders. The closest to the Kroger grocery store near VCU, for instance, is a 10-minute walk. Thomas Jefferson High School is 15 minutes.

That’s left some longtime riders upset. Why, they ask, should the system be prioritizing people who don’t need the bus over the people who depend on it, slow as it may have seemed?

“There were more transfers, but now I have to walk too much and it hurts,” said Anna Brinkley, an older rider sitting on the new No. 5 bus as it rolled through the rain past Capitol Square.

It depends where you’re going

Opinions of the new system vary dramatically depending on the rider, where they live and where they’re trying to go.

“Some places, like in Church Hill, didn’t really get anything, any kind of upside to the system,” said Omari Al-Qadaffi, a community organizer who advocated for improved service in the area as the Richmond City Council was debating what balance the new bus network should strike.

“They’re not having more frequent service in Church Hill. They’re just having longer walks. Fairfield and Creighton, they both lost their buses and had them consolidated to one bus but it’s running every 30 minutes, which is not any faster than it used to run.”

On the other hand, some riders say their commutes have gotten dramatically quicker under the new system.

Howard Hutcherson sat at the front of the bus bouncing his 10-month-old daughter on his lap. He says his commute from the East End across the river to the McDonalds on Midlothian Turnpike where he works is between 15 and 30 minutes faster on the new route.

Another rider, Brian Ashford, said a new orbital route that runs along the inner perimeter of the system means he no longer has to travel downtown and back to get from Highland Park to Chamberlayne Avenue.

It’s too soon to draw any conclusions, but average daily ridership of the Pulse has hovered above 4,000 since the launch.

The goal had been to attract 3,500 daily riders to the new line, which is 500 more than the old bus it replaced.

“From our perspective, it has gone much smoother and with much greater community enthusiasm than I think we ever hoped,” said GRTC spokeswoman Carrie Rose Pace. “We have consistently been beating the ridership goals, not just with the regular riders, but with our riders that are trying transit and finding that it works for them.”

For the overall redesigned system, however, ridership has gone down slightly, according to data provided by GRTC.

The agency counted 141,513 riders a week pre-launch. In the fifth week of the new system, they counted about 400 fewer people boarding.

It can be improved

While Pulse stops — large brick and mortar station platforms — are fixed, the rest of the routes can be tweaked and improved, Pace said.

She said the agency is actively soliciting and collecting feedback and will continue tweaking routes, timing and stop locations. An early example: She said GRTC is working to adjust the timing of the last bus down Jefferson Davis Highway to better match the shift change at the Philip Morris plant.

“There’s always the what’s next,” she said. “What can we do next to make this even better?”

Advocates say gaps in the current system can’t be fixed with small changes should be plugged with more transit funding. GRTC’s budget is just under $50 million, and the new routes were specifically designed not to exceed that.

Stewart Schwartz, a board member for the Richmond Area Partnership for Smarter Growth, called it a pittance compared to other transportation spending. He argued the city needs to invest in public transit to control congestion as the city’s population grows.

“You can’t even buy an interstate interchange for that price anymore,” he said. “So we spend a remarkably large amount on highways but aren’t providing enough funding for transit.”

A model for other Virginia cities?

Both the Pulse and the new bus routes came to Richmond via heavy support from the state and federal government, and the state’s top public transit official said she considers them models for the rest of Virginia.

“With the Pulse, I think people can now see it, they can ride it, they can experience it and they can actually understand it more,” said Jennifer Mitchell, who directs the state’s Department of Rail and Public Transportation. “For us, that’s why the project was so important. Not just for Richmond, but so we can use it as a model for other places in the state.”

And she said the state, which funded the planning behind Richmond’s route redesign, has awarded a similar grant to Hampton Roads Transit.

“Like a lot of bus systems, they’ve evolved over time and routes kind of get added because of different things, but rarely do systems then say, ‘OK, well how do we redesign everything to go around it?'” she said. “This will really provide an opportunity for them to take a clean-slate approach.”

Mitchell said she’s heard concerns about the new routes in Richmond, including in her neighborhood, the Museum District, where neighbors have grumbled that they now have to walk to Main or Broad streets to catch a bus.

“Hopefully in the long run, it will be better for the community and more people will be riding transit overall,” she said. 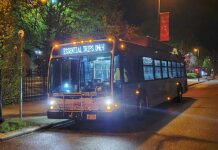 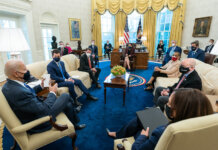 ‘A once in a generation investment’: Biden unveils $2T infrastructure package; creating millions of jobs 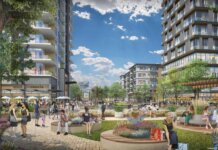