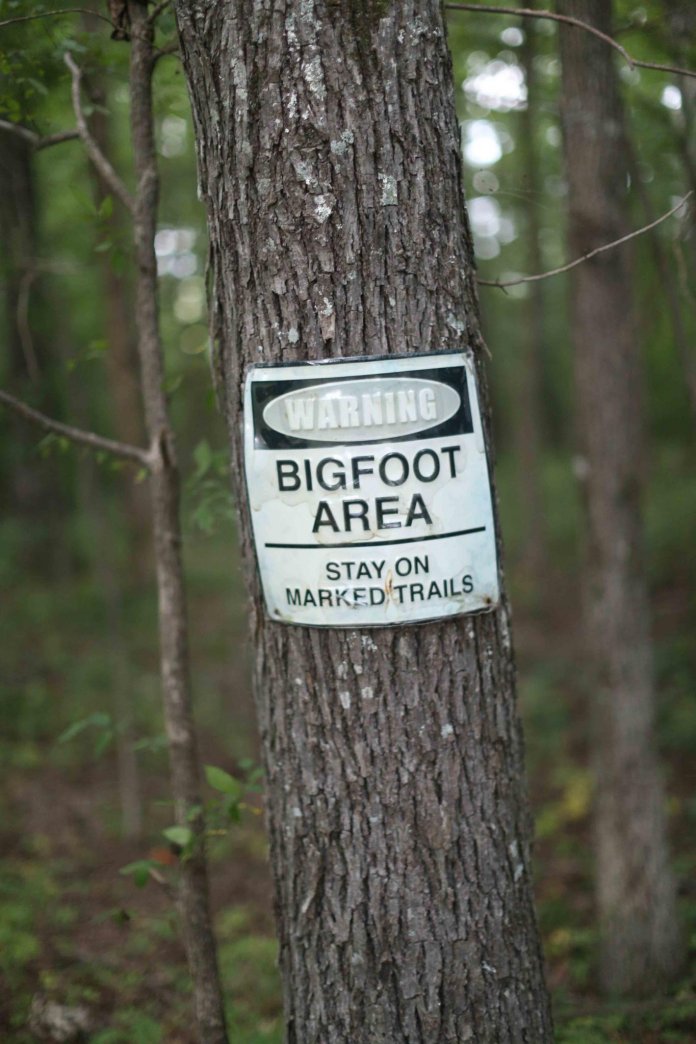 Guns, grilled cheese and bacon are just a few things that could help you catch a glimpse of Bigfoot, according to congressional candidate Denver Riggleman.

Riggleman’s interest in the legendary cryptid took center stage in Virginia over the weekend when his opponent, Democrat Leslie Cockburn, seized on past social media posts by Riggleman that she called “Bigfoot erotica” to question his fitness for office.

Cockburn and Riggleman are running in the 5th District to replace Republican Tom Garrett, who announced in May he wouldn’t seek re-election for the seat so he could get treatment for alcoholism. The district leans Republican, according to the University of Virginia Center for Politics, giving Riggleman an edge over Cockburn, a former ’60 Minutes’ journalist.

Over the weekend, Cockburn dug into a detail mentioned in a recent Cook Political Report update: Riggleman, who ran for governor last year, is into Bigfoot.

Riggleman confirmed in a tweet Monday that he’s written a book about Bigfoot.

But it’s not erotica, he maintained, something he said he didn’t even know existed until Cockburn brought it up.

Yes-I wrote a book about Bigfoot believers. Bigfoot pics by military bubbas are meant to be funny. I didn’t know what Bigfoot Erotica was until @LeslieCockburn mentioned it. Weird things happening in her campaign-Let’s stick to issues and Leslie’s book. #bigfoot #DangerousLiaison

Written from Barone’s perspective, the book details a summer Bigfoot hunt in New York. Barone, Riggleman and several friends meet people who claim to have had Bigfoot encounters as they try to see him for themselves.

“Denver is a life-long hunter of deer, bear and Commies, who, as a child with his grandfather, had a sighting of something ‘mighty peculiar’ that keeps him on the quest for Bigfoot answers,” one passage reads.

The last passage of the book details Barone getting a phone call from a “witch” who claims to have caught a Bigfoot by baiting it with menstrual blood.

Barone and Riggleman end the book with these lines:

“And as I pulled the covers over my head, in a muffled sound, I hear this: ‘DB, you know, Bigfoots like sex, too.’”

Cockburn’s assertions about “Bigfoot erotica” was based on two undated posts from Riggleman’s now-private personal Instagram account that had a drawing of Bigfoot with a censor panel over the creature’s genital area.

My opponent Denver Riggleman, running mate of Corey Stewart, was caught on camera campaigning with a white supremacist. Now he has been exposed as a devotee of Bigfoot erotica. This is not what we need on Capitol Hill. pic.twitter.com/0eBvxFd6sG

Another post featured a similar illustration of the creature with a censored personal area and Riggleman’s head pasted on to the body.

“My ‘buddies’ thought this pic was fitting for my birthday next week and to celebrate my new book release in about a month or 2,” the caption reads.

It’s not clear if the book he’s referring to is the one he wrote with Barone. Riggleman said in a tweet the doctored images were jokes with his military friends.

In a video by CRTV, a subscription-based online conservative channel, Riggleman runs through several Bigfoot theories and admits he doesn’t totally believe in its existence.

He also tells the host he took his wife, Christine, on a Bigfoot hunting expedition for their 15th wedding anniversary.

Cockburn saw the Instagram posts and was “horrified,” said campaign manager Louise Bruce. It was important for 5th District voters to know how Riggleman spends his time, she said.

“Leslie has already put more than 62,000 miles on her car crisscrossing our district to meet with real people about the real issues that matter to them,” Bruce wrote in a statement. “Meanwhile, Mr. Riggleman is home scrubbing his social media of ‘Bigfoot erotica’ and who knows what else.”

Riggleman said the focus should be on Cockburn’s book, “Dangerous Liaisons.” The book, published in 1991, explored the United States’ relationship with Israel. Republicans and other critics have used it to call Cockburn anti-Semitic.

The original book review from The New York Times in 1991 said it “is largely dedicated to Israel-bashing for its own sake. Its first message is that, win or lose, smart or dumb, right or wrong, suave or boorish, Israelis are a menace.”

Despite the book, Cockburn was recently endorsed by the JStreet Political Action Committee, a pro-Israel organization.