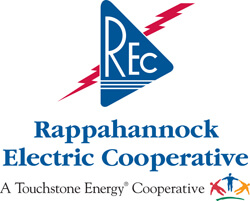 Members of Rappahannock Electric Cooperative, Virginia’s largest co-op, have filed a petition with the State Corporation Commission in an effort to force a vote on more transparency at the organization, which provides electricity to more than 160,000 member owners in parts of 22 Virginia counties.

Behind the petition —which seeks an injunction from regulators at the commission that would force the cooperative’s board to put a series of proposed by-law changes to the membership for a vote — are founding members of the Repower REC group, which describes itself as a “grassroots coalition of concerned REC members” working with Solar United Neighbors of Virginia, a nonprofit that pushes for more solar options.

The Repower REC campaign says it wants “a more transparent and democratic” cooperative, to help REC members “reclaim their roles as owners of a democratically-controlled enterprise and to advocate for the fair and equitable treatment of distributed energy resources such as rooftop solar.”

The by-law changes the group wants a vote on:

The group argues that the lack of transparency around board meetings makes it “nearly impossible to determine whether REC board members are informed and engaged”  and “impossible for members to cast informed votes for board candidates.”

“All we’re asking is that REC’s board members live up to the cooperative principles they claim to follow,” Murphy said in a statement. “We attempted to discuss our proposed reforms with the full board, but were told that the board did not want to engage in a ‘dialogue’ with us. We’re hoping our SCC filing will lead eventually to a constructive dialogue with board members and significant reforms at REC.”

There are 13 electric cooperatives in Virginia. Together, they serve roughly 18 percent of Virginia electric consumers, according to the SCC.

In a statement, Matt Faulconer, a spokesman for the cooperative, said the board of directors “fully respects our members and the democratic process of governing their cooperative,” adding that it was “unfortunate” the issue was brought to the SCC.

“We are especially concerned about the increasing costs of addressing this unnecessary challenge and the burden it will ultimately create for the rest of our nearly 150,000 members,” Faulconer said. “The claims expressed by these three are about processes and personal preferences, not substance. The focus of REC’s Board, management and employees is the best interest of our membership as a whole and in accomplishing our mission of providing safe, reliable, and affordable electric service. We always have and will continue to explore opportunities and processes that aid in accomplishing that mission.”

Faulconer said the petition will be “addressed within the applicable legal forums.”

“Threats and actual litigation by special interest groups at the detriment of our membership must be defended,” he wrote.

A spokeswoman for Rappahannock Electric Cooperative could not be reached Thursday. However, the co-op says that the nine members of the board of directors, who are elected by REC members, are not salaried employees.

“They are provided a retainer fee of $2,000 per month and $500 per diem when attending official meetings and duties on behalf of REC,” the co-op says on its website.  “In addition to attending monthly meetings for vooperative business, the directors continuously educate themselves about the complex electricity industry so that they make the best decisions for the cooperative and the members.”

According to REC’s 2016 tax return, provided by Heald, the board members’ compensation ranged from a low of $13,500 to a high of $48,950 each for their part-time service, which was anywhere from five to 20 hours per week, depending on the member.

Heald’s compilation of tax filings shows REC has paid its board members more than $4.1 million over the past 11 years.

“Our bylaw amendment on this would just make it easier for all co-op members to see, including the many members who likely have no idea that the board of their nonprofit co-op is paid at all,” Heald said.

UPDATE: This story has been edited to add a response from Rappahannock Electric Cooperative.