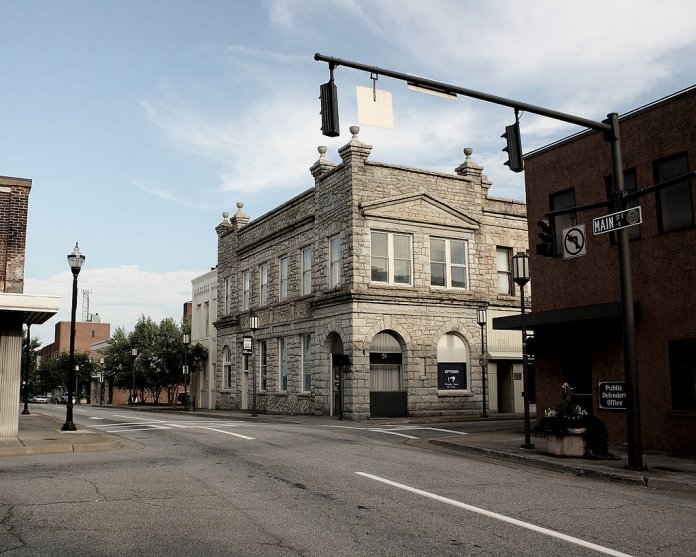 Residents of Martinsville are slowly coming around to the idea that the best thing for the city might be for it to cease being a city at all.

Off-and-on discussions have been ongoing for decades about whether the shrinking, 13,500-population city in southern Virginia should revert to town status and be absorbed by surrounding Henry County.

“It doesn’t make sense to have two sets of school systems, two sets of courts and two sets of jails,” Mayor Gene Teague said. “It’s probably better for everybody involved – the state, the county and the city – to have a town of Martinsville versus a city of Martinsville.”

But while Teague said city residents are starting to get on board, county residents still aren’t so sure.

“From an economic standpoint, we’ve done enough research to know it will have an adverse impact on our county residents,” said Deputy County Administrator Dale Wagoner. The chief concern, he said, is that it would almost certainly mean a tax increase.

Martinsville might be further along in the discussion than most, but it’s a debate that’s likely to play out around the state in the coming years, as many of Virginia’s smaller cities contend with contracting tax bases and growing costs to provide basic services.

The 21 most fiscally stressed localities in the state are all cities, according to the most recent analysis by the state’s Commission on Local Government. Martinsville comes in at No. 5 on the list, behind Emporia, Franklin, Petersburg and Bristol. The counties around them aren’t always doing much better, but in every case, the state has determined they’re on sounder fiscal footing than the cities they contain.

Pre-1980s Martinsville might have simply annexed some of the industrial and business centers developed just across the city line, boosting the tax base in the process. But the option has been off the table for cities in Virginia since 1979, when the General Assembly enacted a moratorium amid costly legal fights and racial animus.

The freeze of city-county lines was supposed to be temporary, but the General Assembly, whose representation generally favors counties over cities, has extended it every time its expiration has approached, most recently in 2016.

When lawmakers approved the most recent extension, they also asked the state Commission on Local Government to study alternatives to annexation. The final report is due at the end of the year, but a draft published this summer concludes that the General Assembly is unlikely to ever bring annexation back, and that even if it did, the result would likely just be more expensive legal fights between cities and counties.

Instead it recommends a handful of potential strategies the state might adopt to make city-county mergers more palatable or at least cooperate more to deliver services jointly.

There are two legal avenues for consolidation in Virginia. A city’s governing board can vote to revert to town status, an action they can take unilaterally as long as their population is less than 50,000. Alternately, they can consolidate, an action that voters in both localities must approve through a referendum.

Among the recommendations to encourage more mergers considered in the draft:

Teague, the mayor of Martinsville, said being able to keep the city title would be a big help in terms of winning political support.

Wagoner, the Henry County deputy administrator, meanwhile, said officials are most excited about the recognition that the moratorium on annexation is permanent, echoing representatives of the Virginia Association of Counties.

But both officials said the biggest thing the state can do to make local government consolidation more palatable is to deliver cash incentives. Whether the five-year hold harmless period is enough will likely be a point of ongoing debate.

“If we could ensure that our citizens remain tax neutral and debt neutral from the transaction then I think most counties would be more amenable to it,” Wagoner said. “But of all three of the cases that we are aware of, it resulted in higher taxes for the county.”

The final report is due in December, and there will be at least one more public hearing before it’s finalized.

What the General Assembly does (or doesn’t) do with it then is anybody’s guess. This is at least the third such study the state has done over the past four decades, and, in the past, major recommendations – such as the elimination of all cities under 125,000 people — have been discarded.