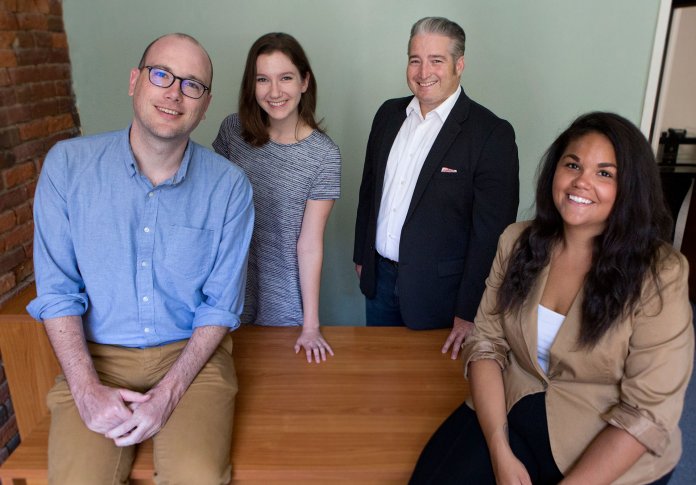 You’ve heard of the “Virginia Way.”

For those inclined to consider it a cherished asset of the Old Dominion, the term conjures a tradition of restrained, courtly statesmanship and of high-minded legislating that puts principle over party and personality.

At its best, they would argue, that approach to governing and lawmaking can produce breakthroughs like the budget deal Democratic Gov. Ralph Northam brokered with House and Senate Republicans this year that will finally expand Medicaid to hundreds of thousands of low-income Virginians desperate for affordable health care.

Northam, delivering what his Democratic predecessor, Terry McAuliffe, could not after four years of battling the GOP-controlled legislature, even name-checked the political talisman in his statement on the budget and Medicaid expansion, calling it “the best reflection of what we can accomplish when we do things the Virginia Way.”

Yet, as anyone who has spent time in the chambers, halls and cramped committee rooms of the General Assembly during session knows, there is another side to that coin.

Attendant is at least nominal fealty to the increasingly threadbare notion that the motives of politicians in a state with no campaign contribution limits should be presumed pure and the common conviction that what’s good for business is good for everybody.  That creates an atmosphere in which Sen. Dick Saslaw, D-Fairfax, one of the biggest recipients of campaign cash from Dominion Energy, apparently expected to be taken seriously when he loudly insisted that the sweeping utility overhaul he helped push through last session wasn’t  “Dominion’s bill,” which, of course, everyone knew it was.

A few days later, one of Saslaw’s colleagues from what cynics might call the “utility caucus,” Del. Terry Kilgore, R-Scott, got up on the House floor to take offense at the assertion by Del. Sam Rasoul, D-Roanoke, that the 2015 bill that froze utility base rates and the ability of state regulators to order customer refunds, was “corrupt.” That law, by the way, passed amid dubious fears that federal carbon regulation might push electric rates up, allowed Dominion and, to a lesser extent, Appalachian Power, to rack up hundreds of millions of dollars in excess profits at the expense of their ratepayers.

Dominion, the state’s largest corporate donor, gets a lot of attention, but the energy giant is far from the only powerful interest that generally gets its way with state lawmakers.

This year, Kilgore also helped pass a bill pushed by Verizon, another big donor, that makes it easier for companies to sidestep local land-use restrictions in their siting of wireless towers.

For his enthusiastic support of the “big boys,” other delegates in the House jokingly branded the amiable Kilgore a “reverse Robin Hood” and gifted him with a trophy stuffed with fake cash and festooned with corporate logos in a surreal scene that might have managed to capture everything wrong with how business is done at the Capitol.

Sit through enough legislative committee meetings and you’ll see a steady stream of common-sense bills that could benefit regular people swatted down like flies day in and day out during the session. Generally, their fatal flaw is that they might make a business, insurance company, landlord or other entity with a powerful paid lobbying organization do something it doesn’t want to.

A tearful plea from a survivor of the Las Vegas massacre failed to convince a GOP-controlled House panel to pass a ban on bump stocks, the device that enabled the horrific rate of fire that helped the shooter kill 58 people and injure hundreds.  Minimum-wage workers seeking an increase sat through hours of committee meetings for a few minutes to try to make their case, only to get admonished to keep it short, since any legislation that might do that, opposed by a phalanx of pro-business lobbyists, was clearly doomed again.

Likewise bills that would have forced insurance companies to cover proton beam radiation cancer therapy. The list goes on and on.

What we aim to do is spotlight not just what passes the General Assembly, but what dies and who killed it. We want to highlight policy shortcomings and how they might be fixed. We will take special interest in the Virginia Freedom of Information Act and the myriad exemptions that allow public business to be conducted out of the public eye.

The Mercury is made up of a team of veteran newspaper journalists and we commit to fair, tough reporting in the public interest. From criminal justice and immigration to health care, the environment, energy and politics, we especially want to take on stories that have major consequences for real people but have fallen through the cracks of an increasingly fractured, shrinking local and state media landscape.

To some extent, we will be finding our niche and our voice as we go and will work to earn your trust as we do. We welcome your story suggestions and feedback and hope you’ll follow along as we take a new look at Virginia’s policy, politics and people.

Meet the Mercury: A new look at the Virginia Way